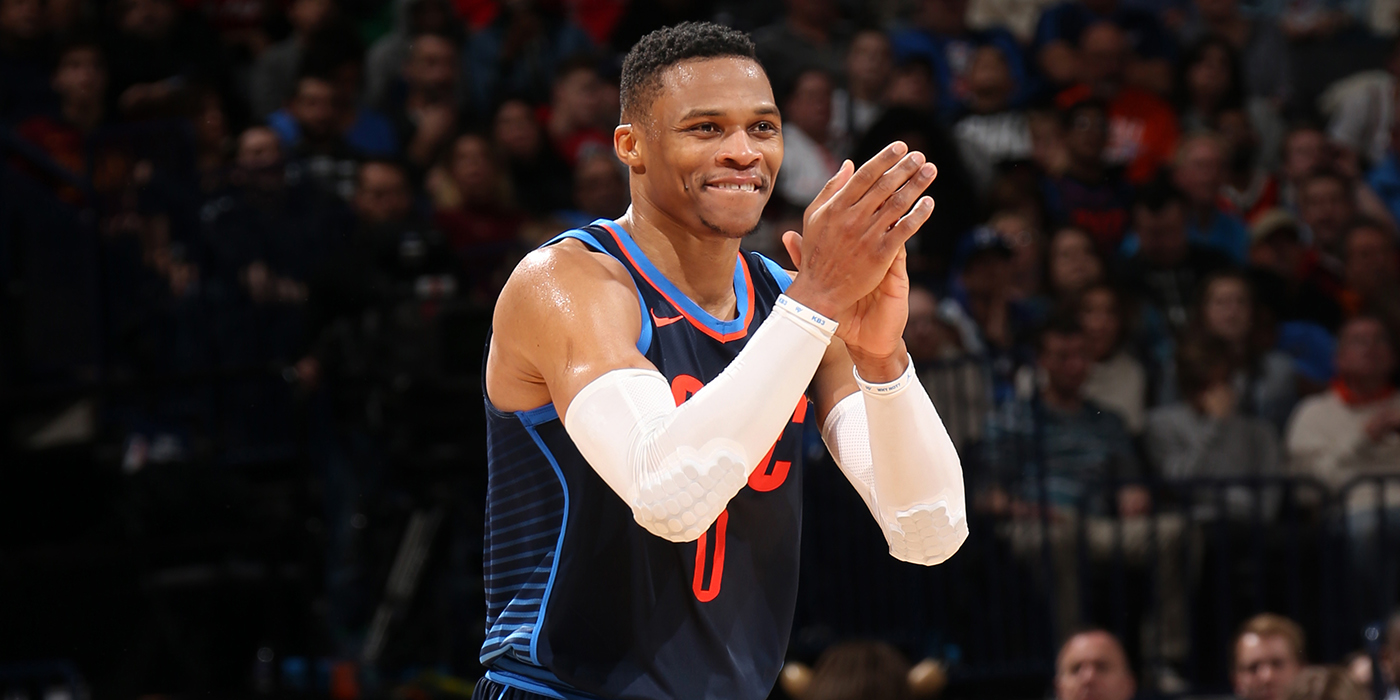 It was late in the 4th quarter, a Christmas Day nail-biter against the Rockets. So, as they have in almost every close game in the last few weeks, the Thunder turned to their Hawk set to finish the game. It’s a set I’ve written about a few times before, one that involves all three of their stars simultaneously, forcing the defense into more difficult choices than the “your turn, my turn” pick-and-rolls and isos that characterize many of the Thunder’s other half court sets.

But against Houston they added a little bit of a twist: instead of both weak side players screening for Paul George, Steven Adams came over to set a double pick on the ball for Westbrook:

This had the added effect of moving the second screener (in this case Jerami Grant) further out on the perimeter, opening up the paint more for the initial cut. Which is why it remains a mystery that the Thunder aren’t looking for that first pass, because it was open multiple times:

It might help for Westbrook to get the ball lower, closer to the free throw line extended, to have a better angle to make the pass, but it still requires George to make a scoring cut and look for the ball in the first place.

This set, and Oklahoma City’s struggles and successes running it, is emblematic of their season.