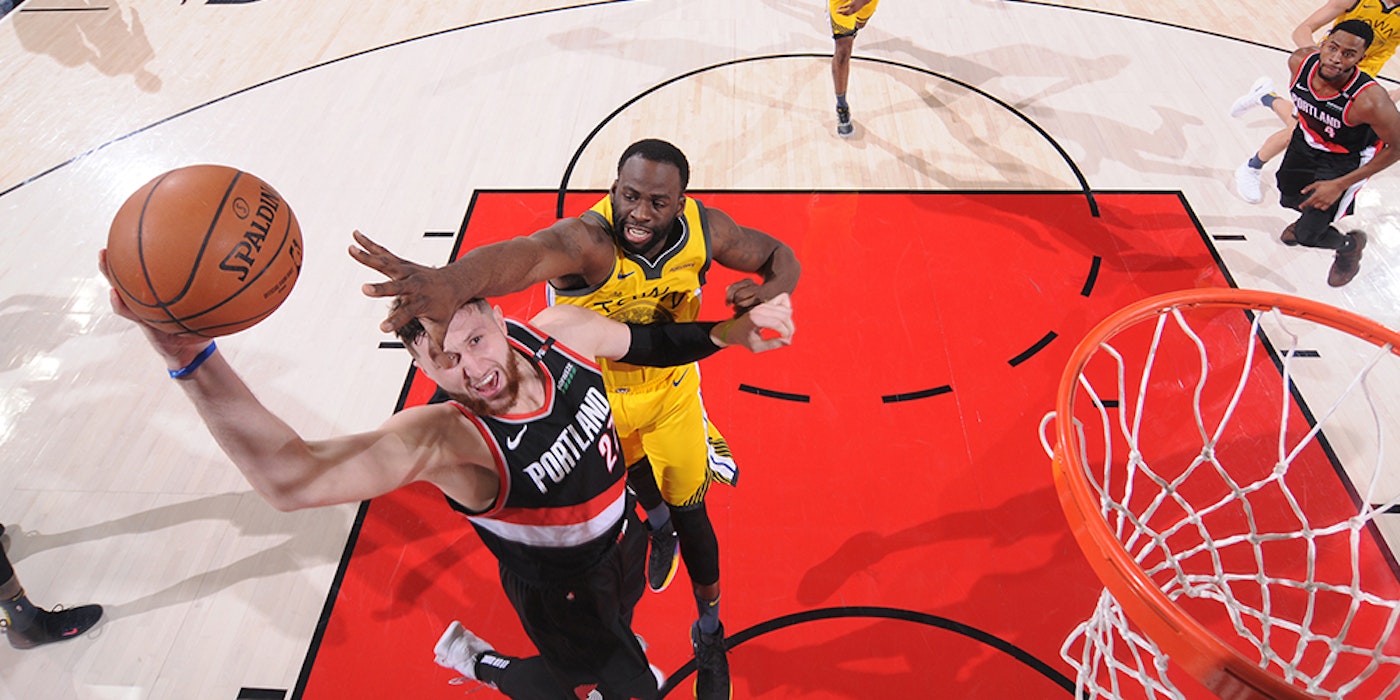 Watch With Me: The Non-Shooter Sag

When non-shooters are on the perimeter, smart defenses ignore them. The recent Warriors-Blazers game shows how elite offenses counter this defense — when they execute.
February 27, 2019

Right before the All-Star break, the Blazers hosted the Warriors in a rollicking affair, a game with shooting, physicality, and an intensity that eventually resulted in Steve Kerr’s ejection. It was fitting for a contest that featured Golden State, the hottest team in the NBA at the time, winners of 16 of their previous 17 contests, taking on Portland, quietly on a run of their own. Over the same period as the Warriors’ 16-1 mark, the Blazers had put up the league’s third best point differential, behind only the Warriors and Bucks.

But this game, and particularly the second half, also featured a fascinating example of both teams facing a tactic they’ll both surely encounter come playoff time: defenders helping aggressively off of non-shooters.