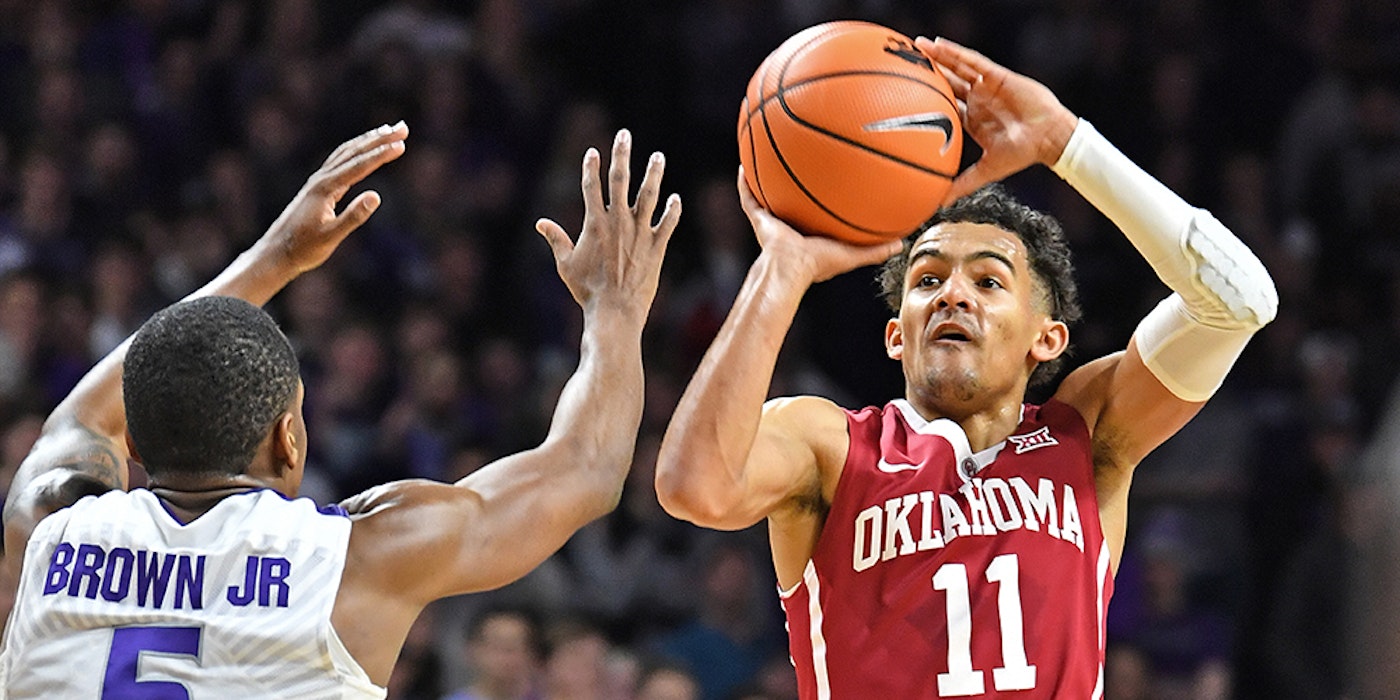 How did someone with Trae Young's reputation as a shooter make only 36% of his threes? Contributor Bjorn Zetterberg digs into the numbers and finds it's all about context.
June 4, 2018

Bjorn spent seven years as a video analyst for the Portland Trail Blazers, breaking down thousands of hours of film in in-depth detail. You can reach him by email at bjz2442@gmail.com.

Trae Young measured at barely over six-feet tall, barefoot, at the Draft Combine this past month. He weighed the least of any player measured. And his wingspan, at six-foot-three, isn’t nearly long enough to make up for his lack of size. Young is not a prototypical NBA athlete. But Young is still expected to be a top-10 pick in the NBA draft later this month because of his extremely high skill level—in particular, his long-range shooting.

If you hadn’t heard of Trae Young until now, though, you’d be forgiven for being skeptical about just how good of a shooter Young is. How could someone who will be drafted largely on the basis of his shooting hit just 36 percent of his three-pointers? Young, it turns out, is a poster-child for the importance of accounting for context when assessing three-point shooting.