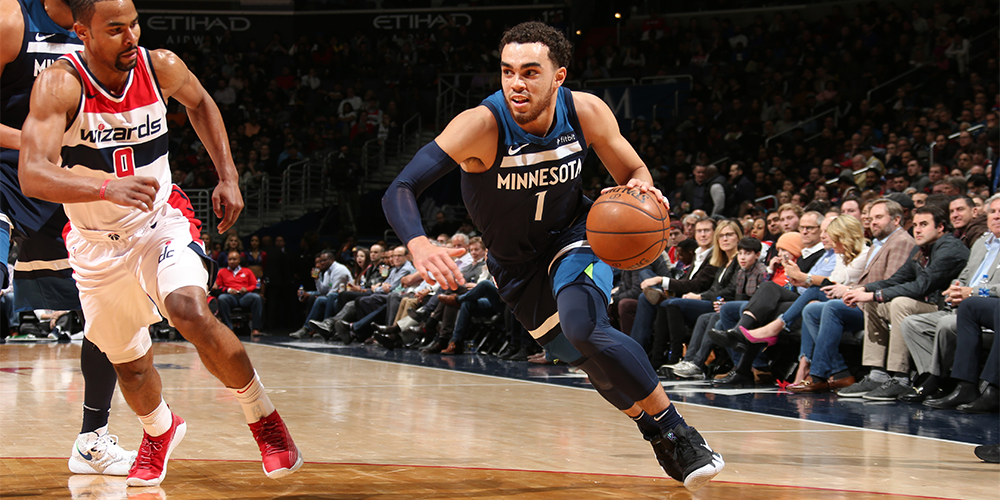 Minnesota's best lineup was their starting unit—with Tyus Jones in place of $19M man Jeff Teague. Contributor Dylan Murphy digs into why Jones provided such a boost to the T-Wolves' performance.
August 22, 2018

In the NBA, the relationship between talent and results is not linear. Put another way, a team with two superstars is not twice as a good as a team with one superstar. In fact, there is a diminishing return with each subsequent major talent addition. A fully healthy DeMarcus Cousins joining the Warriors, for example, will not have nearly the same impact as his joining another team.

Though they aren’t in the same stratosphere as the Warriors and Rockets, the Timberwolves face their own predicament when it comes to talent vs. fit. Minnesota’s starting lineup—Karl-Anthony Towns, Taj Gibson, Jimmy Butler, Andrew Wiggins and Jeff Teague—is an impressive collection. But it didn’t produce optimal results. In fact, the lineup that included four starters and backup point guard Tyus Jones—in place of Teague—posted the team’s highest net rating by a decent margin, with a small bump on offense and a significant boost on defense.