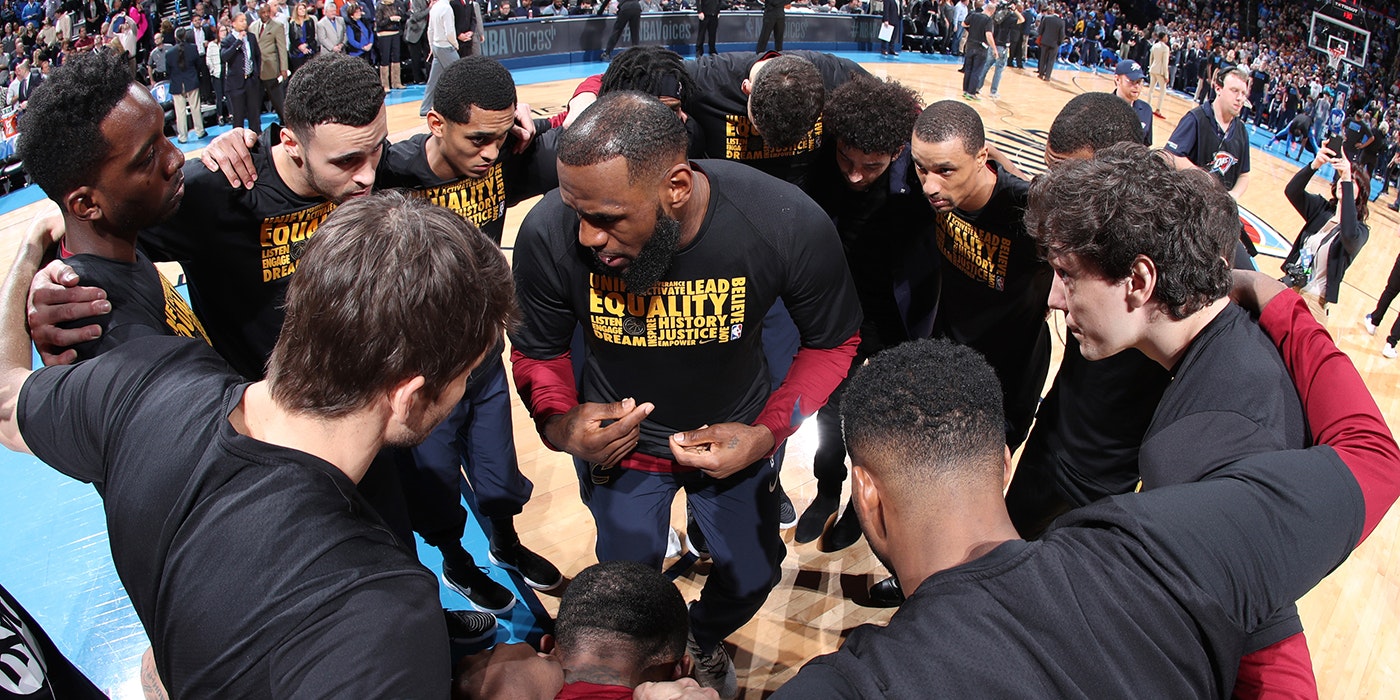 The Cavs transformed their roster on the afternoon of the trade deadline. On the unique challenge the Cleveland front office faced and the ramifications of these trades for this year and beyond.
February 14, 2018

In the summer of 2013, the Blazers signed Dorell Wright. This wasn’t a signing that garnered a lot of attention — it was just a two-year deal for a little over $6M total — but I had pushed for this signing, and when it happened I had high hopes. Despite a 33-49 record the prior season, there was reason for optimism that offseason. Rookie of the Year Damian Lillard would likely take a step forward, and we had the cap room to bolster a team that had a competitive starting lineup but no depth.

Dorell Wright was, in my eyes, a key addition. He had been a solid role player in his previous few seasons: a shooting, pump-faking, passing, low turnover, rebounding, rangy wing. He was exactly the kind of player we could use to give us real wing depth behind Wesley Matthews and Nicolas Batum.

And yet, when the season started, something seemed wrong. Wright wasn’t playing like he had those last few years. A lingering injury left him a step slow — the coaching staff felt like they couldn’t play him at small forward much because he couldn’t stay in front of most wings. His three point shot, which had been eerily consistent for the prior four years, wasn’t falling. His turnovers were up, his assists were down, and he was slipping out of the rotation — a challenge for a prideful veteran.

I cautioned everyone to be patient. This wasn’t some borderline NBA player we were evaluating, where each game represented a large portion of his career. Wright had a multi-year track record of success. Surely, if we just waited, his play would stabilize and he’d perform like he did in the past.

I was wrong. It was Wright’s worst season in years. He had the highest turnover rate since he entered an NBA rotation, got to the rim at the lowest rate, had his lowest three-point percentage, his lowest steal rate. When his contract expired after the following year, he was out of the league at the age of 29. That 2013-14 season was the beginning of the end. The Blazers were his last stop.

That same year another wing wasn’t playing as expected. Jared Dudley had been acquired by the Clippers in the offseason as a perfect fit for their team: a sweet shooting, defensive wing on a low contract. His value was high enough that they surrendered Eric Bledsoe in the deal. But as the season progressed, Dudley wasn’t meeting expectations. It was the worst season since his second year in the league. After making at least 39% of his non-corner threes in each of his prior four seasons, Dudley made just 32%. He took the fewest shots at the rim of his career and had his worst FG% there in four years. His steal rate was the lowest of his career; so was his defensive rebounding rate. Even his FT% dipped to a career low.

By the next season, the Clippers, counting every cap dollar, decided they needed off of Dudley’s money. A contract that had been an asset was now a liability, and the Clippers paid the Bucks a first-round pick to take on his deal. Dudley immediately returned to form, shooting 39% from three and playing an instrumental part in the Bucks’ surprisingly successful season. What seemed like an unnatural blip in his career was just that, and the Clippers’ overreaction cost them significantly.

It’s one of the most frequent problems front offices face, one that seems like it should easier to solve than it is: when a player underperforms expectations, is it a portent of significant decline, or a momentary funk that he will soon emerge from? Overreact, and you pay a price. Stay patient, and you risk bleeding a season away.

That’s the problem the Cavs faced, but with much higher stakes than any comparable situation. Isaiah Thomas has a long track record of elite offensive play across multiple teams, shouldering a large offensive load while maintaining high-level efficiency. Thomas has never had a points per shot attempt below the 85th percentile for point guards, and his team has never been worse on offense with him on the court compared to off. This is true through his time in Sacramento, Phoenix, and Boston.

That is, until this year. Thomas, returning from a hip injury, has clearly not been himself. Three point shooting is one of his biggest strengths, but he made a ghastly 24% of his 86 attempts with the Cavs. He got to the rim at the lowest rate of his career, and finished there at the lowest rate. His efficiency plummeted.

For a Cavs team that was already tiptoeing along the precipice, this was the push over the edge. Thomas is a very poor defensive player even when healthy. If he’s not making up for it on the offensive end, he may be one of the worst all-around players in the league. Thomas’ return seemed like it could be the beginning of the Cavs’ rise. Instead it seemed to be their downfall.