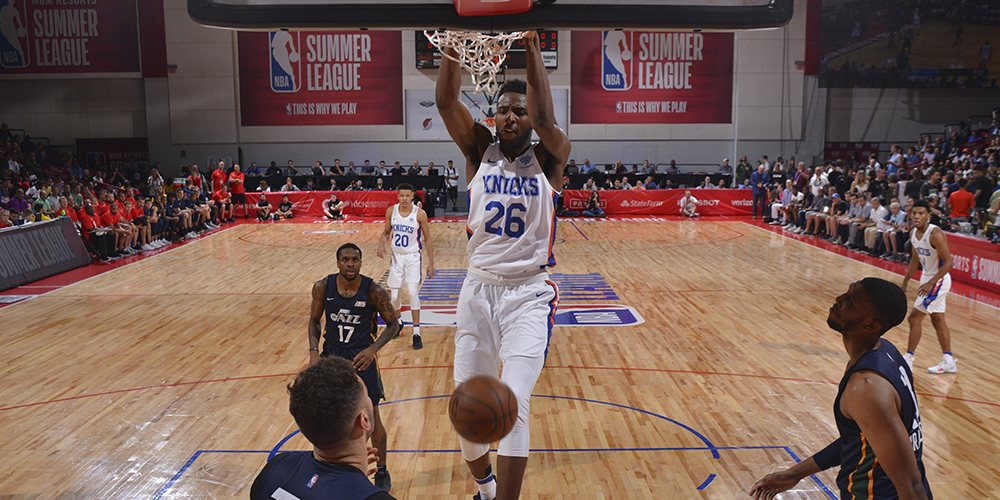 Knicks' rookie Mitchell Robinson's Summer League performance was in some ways jaw-dropping — and in others, head-scratching. Contributor Bjorn Zetterberg takes a look.
July 23, 2018

Mitchell Robinson has been an enigma for some time now. Despite his status as a top-15 recruit in the class of 2017, Robinson committed to Western Kentucky. But in July of that summer, he packed up his stuff and left school without telling anyone affiliated with the program. He was granted a release to transfer, visited other schools and then ended up coming back to WKU in August. That decision lasted all of a month when he announced that he wouldn’t play college basketball at all and would instead train for the NBA draft.

So when the Knicks took him with the 36th pick in last month’s draft, fans were intrigued to finally get a look at the 7-foot-1 center with a 7-4 wingspan, hops, quickness and a truly bizarre background. In summer league action he lived up to his billing—in all respects. Robinson led all players in Las Vegas with 4.0 blocks per game, and added 13.0 ppg and 10.2 rpg. He also displayed a truly remarkable lack of awareness and understanding, to the point where some of the most fundamental aspects of basketball appeared foreign to Robinson.