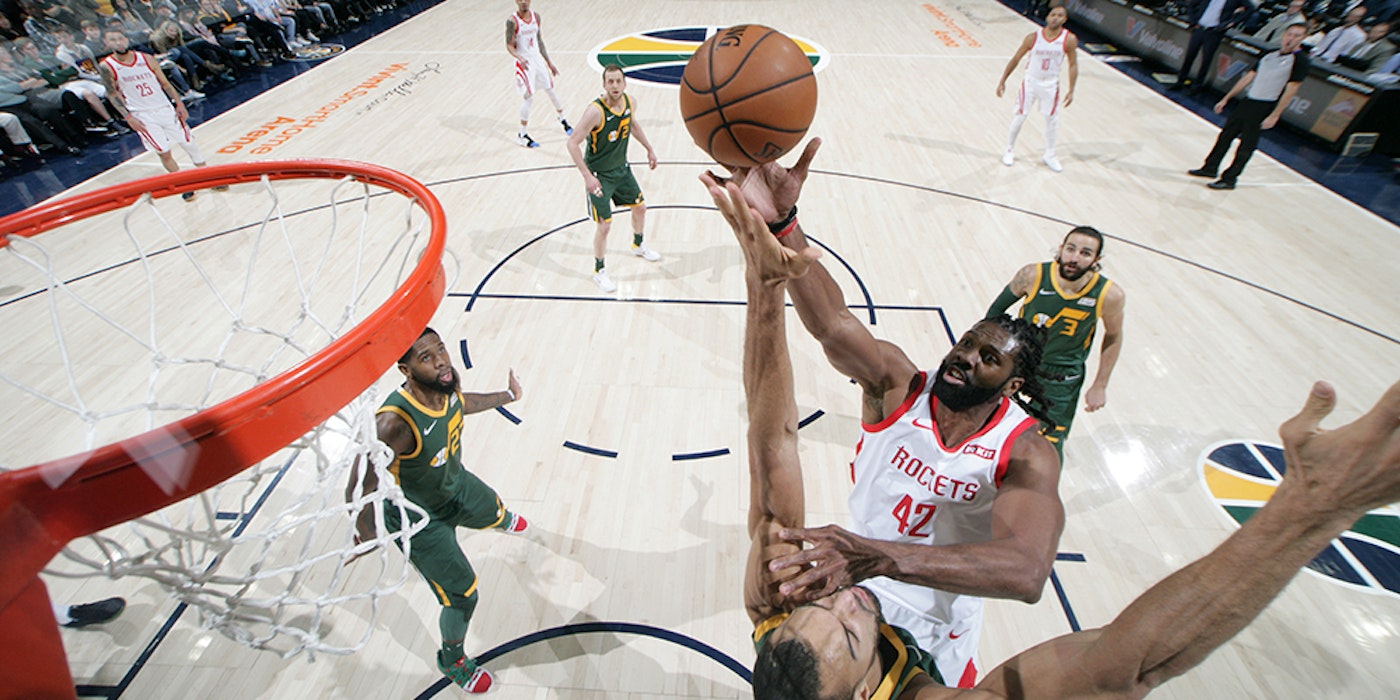 The stats that will determine three of the Western Conference’s first round matchups.
April 12, 2019

The playoffs aren’t just about who the better team is, but about how the two teams’ styles and strategies match up. This stylistic clash of two talented squads is much of what makes the postseason so fun. So as a preview for the playoffs, I decided to look at the stylistic matchups for the three closest Western Conference series: Denver vs. San Antonio, Portland vs. Oklahoma City, and Houston vs. Utah.

My focus here is not just on what the teams do well but what actually drives winning for them. What stats seem to change drastically in wins and losses and are really tied to the team’s success? To get at this answer, I looked at the game-by-game correlations between the team’s point differential and the various advanced stats you can find on Cleaning the Glass. For example, using this method we can see that no team had a stronger correlation between their offensive rebounding and their point differential than the Hawks. In games where they rebounded over 30% over their misses, they were 14-12 — an impressive mark for the league’s 5th worst team. Meanwhile, in games where they rebounded fewer than 20% of their misses they were just 1-15. Keep the Hawks off the offensive glass and you had a great chance of beating them. Let them get too many second chances, and they could give you a run for your money.

Extending this idea to the whole league is one method to find out where a team’s true strengths and vulnerabilities lie, and in turn, where we should turn our attention as we examine what will really decide the series. Because, as they say, styles make fights.