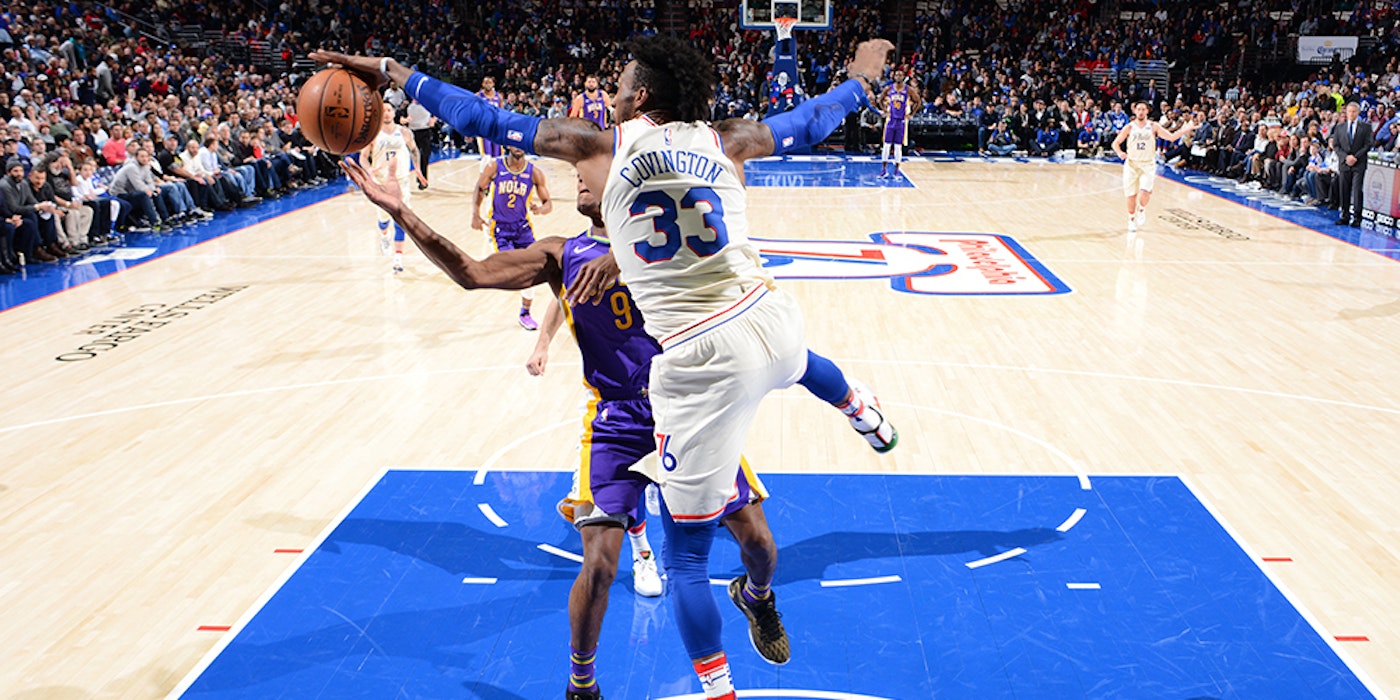 The Sixers' defense has propelled them to a surprisingly successful season. Contributor Nick Sciria explores how they've done it: playing a style we might call "intelligently aggressive."
April 13, 2018

This article is a collaboration between Ben and Nick Sciria. Despite discussing the Sixers, the research and opinions are all Nick’s.

Nick is currently a freshman basketball coach in Cleveland, Ohio and uses his free time to point out the nuances of basketball on his Twitter feed. You can follow him here.

NBA defenses come in many flavors. They may not have the gustatory diversity of college or high school basketball, but there are still a myriad of small decisions coaches must make which, taken as a whole, slot them into a certain genre. Does a team favor help more, or do they trust their defenders to play one-on-one? Do they attack the ball in pick-and-roll or play back? Do they try to contest passes or would they rather sag in help?

These decisions place teams somewhere along a continuum of aggressiveness. Some teams, like the Bucks of the last few years, have been ultra-aggressive, swarming the ball and loading to help, aiming to pressure opponents into turnovers but giving up a high rate of good shots as a result. Other teams, like the Blazers of recent seasons, have been much more conservative, aiming to force opponents into bad shots but, in exchange, not forcing a high rate of turnovers. (Editor’s note: this topic was explored in depth on Cleaning the Glass in Do the Bucks Stop Here? last year.)

The Philadelphia 76ers fall somewhere in the middle. The Sixers’ defense has turned into a defensive juggernaut almost overnight, ranking 17th on that end last season but ending this regular season with the league’s 3rd best defense. They’ve been fantastic at forcing opponents into bad shots — their defensive shot profile is one of the best in the league, with only Utah and Brooklyn forcing more midrange shots. But they’ve also ranked near the middle of the pack in forced turnovers, and foul at one of the highest rates in the league, so they have signs of an aggressive defense as well.

And indeed, when we dive into the film, we find the Sixers play this blended style — their coverages are a mix of aggressive and conservative. But it’s not just about coverages. The Sixers are, in part, able to achieve these results through their defense one pass away and their seamless help and switching. This allows them to play a style we might call intelligently aggressive, one that is smart and scary.