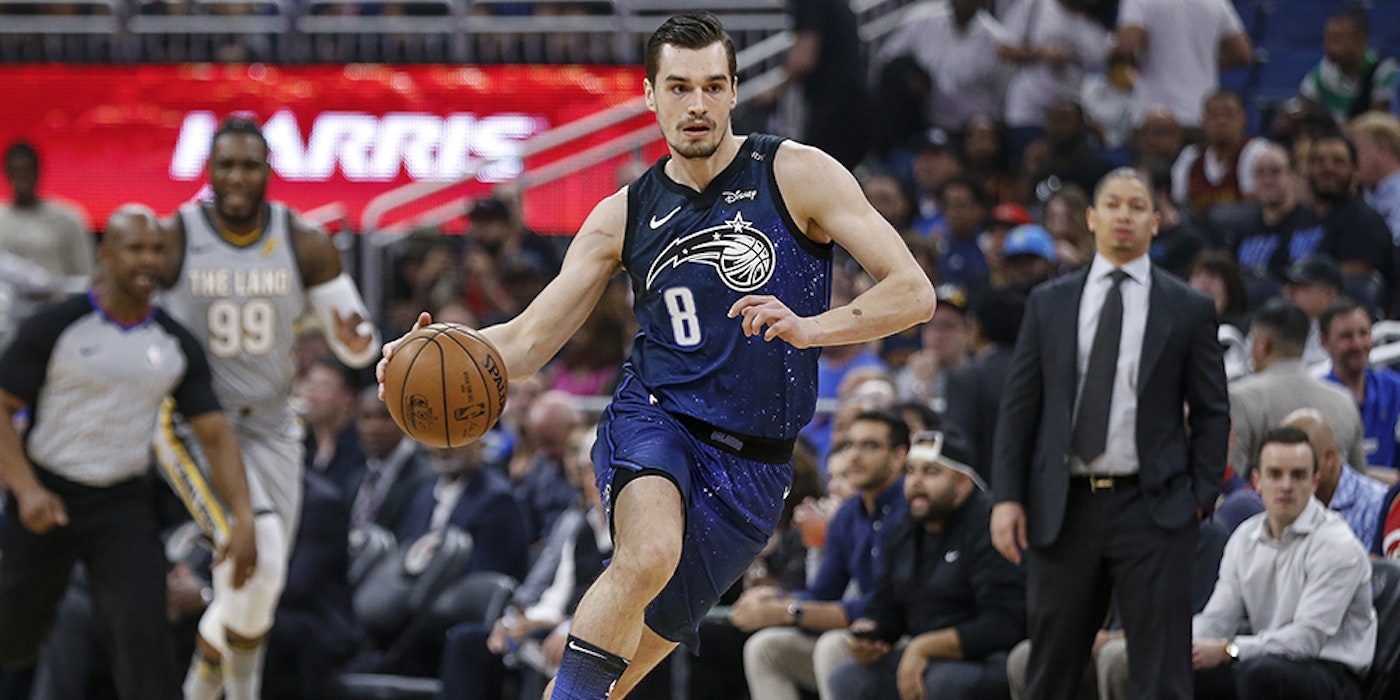 Mario Hezonja likely won’t be the player the Magic imagined when they drafted him fifth overall, but he could still fill a valuable role with improvement, writes contributor Dylan Murphy.
June 29, 2018

Heading into the 2015 NBA draft, Mario Hezonja’s potential appeared to be obvious. An athletic 6-foot-8 wing with a high hoops IQ, he could shoot the ball and handle it. Although his ability to create shots was still a work in progress, the Magic certainly could envision his adding that skill after they drafted him with the fifth overall pick. Yet just three years later, they declined his option, making him an unrestricted free agent this summer.

How did we get to this point so quickly? And why would Orlando give up on a 23-year-old a year earlier than necessary? Those are among the factors that other teams need to consider as they decide whether it’s worth signing Hezonja this summer and whether they can bring out more in his game than the Magic could.