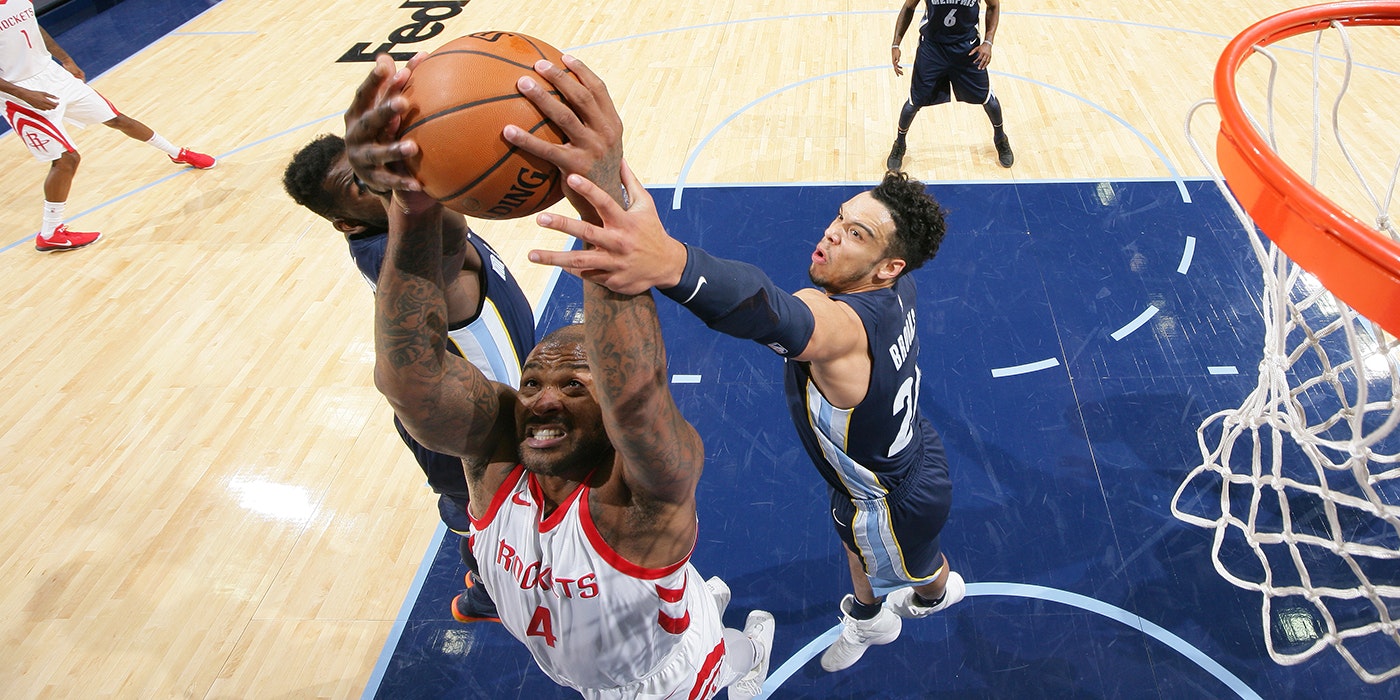 Is PJ Tucker the answer to the most important question in the NBA? Why the Rockets' 4th quarter comeback against Portland should turn some heads in the Bay Area.
December 12, 2017

You get in your car and check your watch. It’s 8:30 on the dot. You take a deep breath, exhaling slowly. Your job interview is scheduled for 9, and there’s one last decision to make: which route do you take to get there? The highway generally takes 15 minutes, while navigating back roads takes longer, averaging about 25. Seems pretty obvious, right?

Except there’s an important consideration missing: the highway can sometimes get really backed up, while the longer way almost never has traffic. If you pull onto the highway only to see a river of brake lights snaking its way toward the horizon, it’s a disaster. 10 extra minutes in the car is a small price to pay to eliminate the risk of being late.

These two components of the decision are what statisticians call expected value and variance. Expected value is what the average outcome will be, while variance is how much those outcomes vary. The average trip on the highway is 15 minutes, so the expected value of the length of the trip is lower than the one that takes you back roads (since that clocks in at an average of 25 minutes). But the highway has the chance to take much longer than normal, so its variance is higher. The time on the back roads, meanwhile, almost never changes — it’s always within a few minutes.

Thinking about choices in terms of expected value and variance is a powerful way to improve decision making. You can’t just weigh the costs against what you expect to happen — you also need to think about the spread of those potential outcomes. How risky is each option? How are the risks balanced? In what situations should you want to take risks, and in what situations should you avoid them?

Being late to a job interview is something you want to avoid at all costs, so you take the longer route because there’s a lot of value in minimizing risk. In that case, the downside of being late is much worse than the upside of being early is good. The risk is asymmetric — it is unbalanced to one side — so it’s one you want to avoid. You should just play it safe.

This is why we buy insurance. Going without insurance is high variance: you save lots of money in most months, but if something really bad happens it can bury you under a mountain of debt. That makes it an asymmetric risk, and one that tilts negative. So we pay insurance companies, locking in a known cost with a worse expected value, in order to reduce our variance.

But sometimes the risk leans the other way and variance becomes your friend. Asking someone on a date is all about courting variance: chances are that things will not end well (rejection, an awkward hour, a relationship that goes nowhere), but the payoffs are so big if you get what you’re looking for that it makes sense to take the gamble. Learning something new falls in this category as well: a known cost of your time and effort, with unknown upside. That acquired skill might launch you on a new, lucrative career path.

Basketball decisions, of course, are no exception to this framework. I wrote about how this relates to the draft in A Roll of the Dice, Part 3, but it applies everywhere: trades, free agency, coaching strategy, and more. Knowing when to seek risk and which strategies are good risks is critical.

When Zach Collins tipped in CJ McCollum’s shot at the end of the third quarter of Saturday night’s Portland-Houston matchup, the Rockets faced a dire situation. According to Inpredictable.com’s win probability model, Houston only had around a 5-10% chance to win the game. Playing a conventional style was not likely to work out for them. They had to seek variance.

The Rockets turned to a front court they had only used for significant minutes in one other game this year, a front court that on its face seems a little crazy: the 6-8, 230 pound Luc Mbah a Moute at power forward paired with the 6-6, 245 pound PJ Tucker at center. But crazy is exactly what the Rockets needed — and crazy is what they got.

With those two as the biggest players on the court, Houston could play a high variance style. They could switch everything, which, if executed well, could stifle an offense. They could jack threes, which, if they went in, could help them pile up points in a hurry. They’d have more activity and mobility on the floor than a traditional front court, helping force more turnovers, an all-or-nothing proposition.

And boy, did the risk work out in their favor. That Mbah a Moute/Tucker front court stayed in the game for the entire 4th quarter, and when the buzzer sounded they had turned a 14 point deficit into a 7 point win — and given us a glimpse of a lineup that we’ll probably see much more of before the season is through, one that could perhaps decide the balance of power in the West.