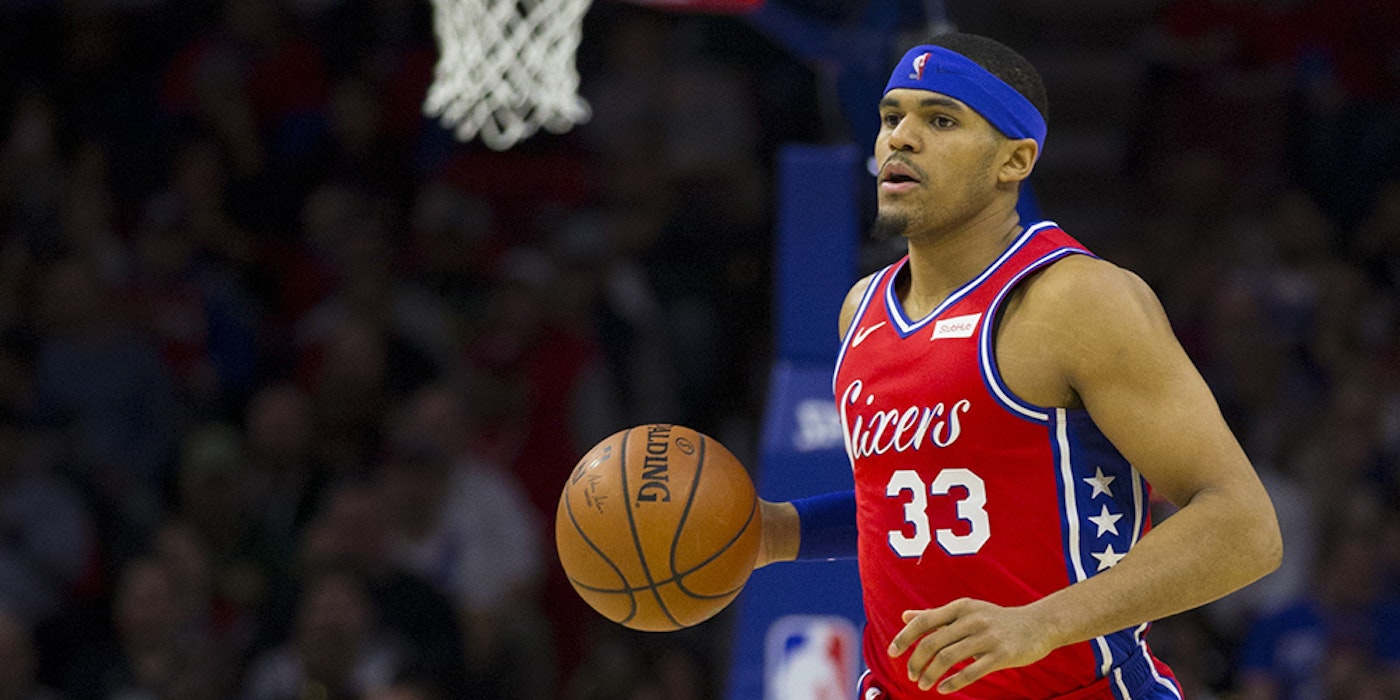 In my experience, NBA executives tend to fall into two different camps. It's a distinction that explains a lot about the moves made at this trade deadline.
February 12, 2019

At the risk of putting myself too squarely in the latter camp, I’d like to propose an NBA version of this saying: “There are two kinds of NBA executives. Those who like certainty, and those who prefer possibility.” And though that’s probably a bit too black-and-white, I’ve found that it does a lot to explain some of the highest profile moves made around the league, particularly at this trade deadline.

Many team-building conversations revolve around precisely this possibility vs. certainty dynamic. For example, a team slated to have cap room might be discussing trading an expiring contract for a player who commands a hefty salary. Should they do the deal and eat into their cap space in the summer? The internal discussions generally come down to those who feel that the cap room is valuable because of who they might get in the summer vs. those who think it’s better to take the player offered because they at least know they’ll get someone they like. The debates, in other words, boil down to possibility vs. certainty.

Those who value certainty make the argument that it’s better to take what you have while you can get it than to hang your hopes on something that is unlikely. They subscribe to the aphorism: “a bird in hand is worth two in the bush”. They’ll frequently say things like: “cap room is overrated, it usually ends with you overpaying someone out of desperation.”

The certainty folk have a point. Remember when the Detroit Pistons traded Chauncey Billups to clear cap room and ended up with Ben Gordon and Charlie Villanueva? Remember when the Los Angeles Lakers hoarded cap space, only to be left with Timofey Mozgov and Luol Deng? That’s the kind of thinking that leads to the Chicago Bulls’ deal for Otto Porter. Porter’s a good, young player. Might as well grab someone like that while you can instead of spinning the free agency roulette wheel, those who favor certainty would argue.

That same kind of thinking can change how teams value first round picks. These picks have shot up in value in recent seasons as teams have recognized the importance of complementing the core of their roster with players on rookie salaries. But there’s definitely a group who feels picks have become overrated, that for the most part they end up near the end of the first round where most of the selections don’t even turn into solid starters.

And while that last part is true—most of the time late first round picks really don’t turn into anyone special—that argument reveals the flaw in the certainty camp’s logic. “Most of the time” does not mean “always.” Just because an event is low probability doesn’t mean it never happens. The problem is that our brains are not built to understand fine-grained probability on an abstract level. The psychologist Amos Tversky once said (as related in Phil Tetlock and Dan Gardner’s Superforecasting) that when it comes to probability, “most people only have three settings: gonna happen, not gonna happen, and maybe.” And our minds round the probability to the closest setting. So if something has a 10% chance of happening, our mind clicks into the “not gonna happen” setting, while if something has an 80% chance of happening, we click to “gonna happen.”

Certainty is easy. It’s simple. It’s less taxing on the mind. Our subconscious brain thinks that 10% might as well be zero, so let’s not even bother wasting energy on it. But certainty is wrong. There is very little in life that has a zero or one hundred percent chance of happening. Sure, late first round draft picks often end up as players like Timothe Luwawu-Cabarrot or Julius Hodge. But sometimes they end up as Tyus Jones, or Kyle Kuzma, or even Rudy Gobert.

That’s where the other camp comes in: those who love the possibility of the future. First rounders become a blank canvas upon which your imagination can paint images of snagging the next Jimmy Butler. Cap space allows you to dream of grabbing a max player (or two!). And it’s really fun to dream. Cap room and picks could be anything!1 The Knicks’ trade of Kristaps Porzingis is a classic “possibility” trade. Sure, it might not work out the way New York hopes—their last such pursuit, remember, started with dreams of LeBron and ended with signing a deteriorating Amare Stoudemire—but it also gives them a direct path to acquiring Kyrie Irving, Kevin Durant, and even Anthony Davis, and boy is that fun to think about if you’re a Knicks fan.

Of course, it’s easy to become too enamored with those dreams, to pin your hopes on a remote chance of greatness and end up missing opportunities right in front of you. Focusing so much on the future can leave you like the NBA’s version of General George McClellan, endlessly preparing troops and refusing to send them into battle.

That’s been the criticism lobbed at Danny Ainge’s Celtics when they seemed unwilling to put enough of their trade chips on the table for Paul George or Jimmy Butler. Now, those easily could have been the correct decisions. The Celtics may not have liked those players as much as other teams did, or they may have been saving those valuable assets for an eventual Anthony Davis trade. Which may yet prove prudent. But, as has become clear in the last few weeks, there’s a distinct chance that chain of decision-making ends in Irving leaving and Davis publicly stating he won’t re-sign with Boston. Which may mean the Celtics missed their window to turn all of their draft picks, all those fragments of possibility they’ve been painstakingly acquiring over the years, into another superstar.

Where you fall in this debate, between possibility and certainty, determines a lot about how you evaluate the trades at the deadline, from the Bulls’ acquisition of Porter to the Knicks dealing their biggest home-grown star since Patrick Ewing for cap room and picks. But perhaps no deal puts this dichotomy into sharper relief than the Philadelphia 76ers’ trade for Tobias Harris, in which the Sixers sent out two first round picks (including the coveted unprotected 2021 Miami first rounder), two second round picks, and rookie Landry Shamet.

On the one hand, that Miami first rounder was viewed as an asset that was valuable enough to be used as the centerpiece of a deal for another star. Upon trading for that pick during the 2018 draft, Brett Brown made it clear that the franchise’s priorities centered around “star hunting”, and they were hopeful that this pick would be the key to acquiring that star. So is Tobias Harris, on an expiring deal, the star they were hoping for? It’s not hard to argue that the return falls short of those expectations.

(To be clear: in evaluating this trade the “expiring deal” part is almost as important as the “Tobias Harris” part. Harris making $15M a year for the next three years is very different from Harris making whatever number he’s going to command on the open market this summer, even if owning his Bird rights means the Sixers will be able to vault way over the cap to keep him. And though it’s unlikely, Harris could also simply sign elsewhere, leaving the Sixers with only a half season of the Tobi and Bobi show in exchange for their picks.)

On the other hand, the Sixers deserve credit for really going for it. It would have been easier to sit on that pick and keep dreaming. But Philadelphia’s management clearly feels they are ready to compete at the highest level, and based on the timing of their cap room, a deal like this allows them to compile a roster they might not have been able to otherwise given the cap rules. And sure, Harris isn’t a perfect player, but as I learned early in my time in the league, there really are no perfect players—and the ones that are closest are impossible to trade for. There always might be someone better. But who are the Sixers really losing the possibility of trading for because they pushed to make this trade now?

These aren’t easy questions. It’s one thing to sit from the outside and make a determination with no pressure. It’s easy to be like many sports fans and much of the media and wait to see how it plays out and then confidently make an assertion for what obviously should have been done. But when you work for a team you don’t have the luxury of simply waiting. You have to make a decision. And that decision often comes down to how you see the world, whether you prefer certainty or possibility. The Sixers, a franchise synonymous with possibility for so many years, decided to go for it—to put aside the possibility of something better in the future for the certainty of being really good now.