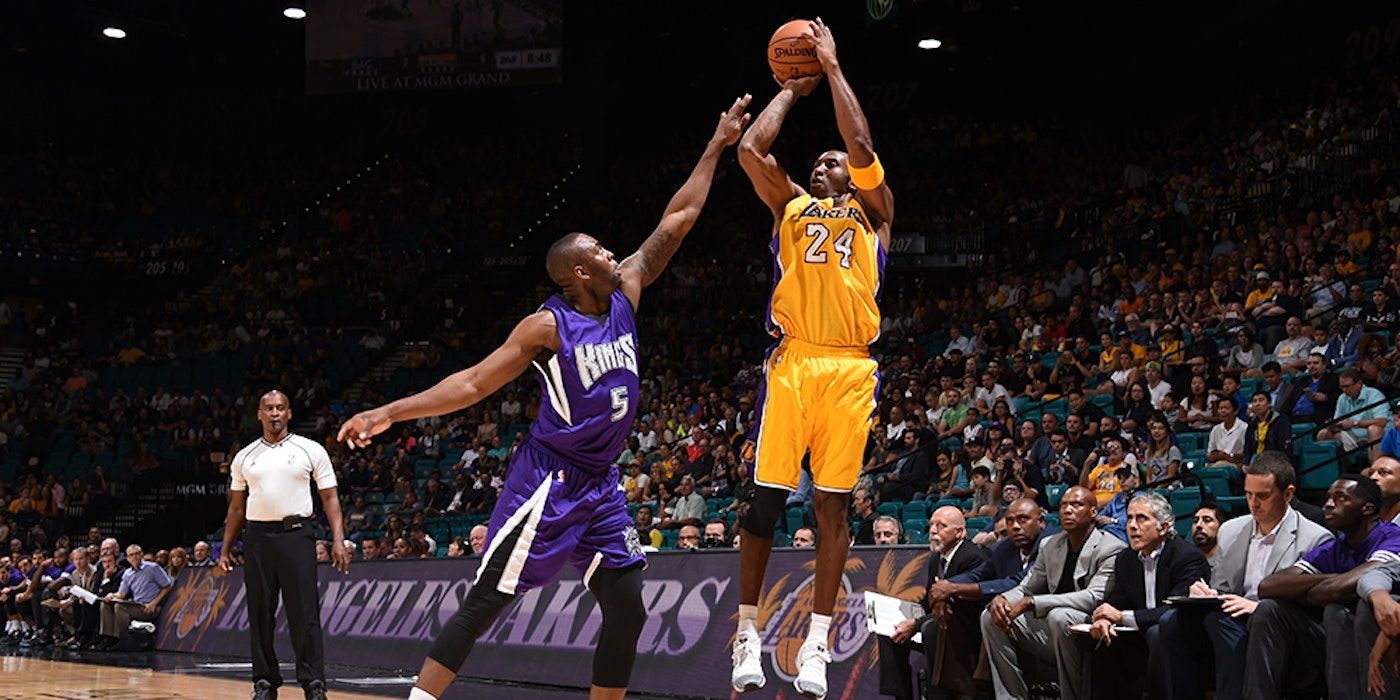 A short introduction to the upcoming period of playoff coverage on this site.
April 5, 2017

I had never been so happy to see Kobe Bryant hit a shot. I’m not a Lakers’ fan, and even if I had been, once you start working for the Trail Blazers you have to give up any positive thoughts you might have towards the Purple and Gold. So seeing Kobe hit a clutch three in the last game of the season wouldn’t normally have produced this reaction. But when that shot swished through I yelled, punched the air, and excitedly high-fived my coworker, Sean. Because Kobe had just saved me from a bad decision and a very long night.

It was April 13th, 2011, the last day of my first full-time season in Portland. The Blazers had already locked up the 6th seed in the Western Conference, rendering our game that evening against the Warriors meaningless. But our playoff opponent was still up in the air, and so we were tuned in to the final contest of the evening: the 56-25 Lakers on the road against 24-57 Sacramento.

You might imagine this as a fun moment, one where you’d get together with coworkers and enjoy the suspense, perhaps even have a rooting interest if you want a certain matchup. But that’s not the case. Because playoff preparation starts before the season ends, and so the more uncertainty there is in who you play and the longer that lasts, the more work you have to do and the less time you have to do it.

And playoff preparation was something we (of course) took very seriously. As is common practice throughout the league, we compiled comprehensive binders of information for our coaching staff with everything from the advance scouting breakdown (including, for example, our opponents’ most frequent play sets) to insights based on advanced statistics. The goal was to give this binder, with as much information as was helpful, to the coaches (and a slimmed down version to the players) first thing in the morning after the regular season ended. It was a lot of work. There certainly was not enough time to do it after the end of all the games, which meant you had to start before the end of the season. And that meant for each potential opponent you had to do the work as if you’d be playing them. If there were three possible teams you could play going into the last day of the season, you would have to do most of the preparation for all three teams.

Over the years I worked for the Blazers this became a common occurrence. In a very tight Western Conference it was more often than not the case that we wouldn’t know who our playoff opponent was until the last day of the season, and sometimes the very final game played on that last day. Which was the case on this night, in 2011.

The Lakers, with a loss, would end up as the 3 seed and host us in the first round. With a win they’d lock up the 2 seed and send us to Dallas. A result that, early in the 4th quarter, seemed all but assured. The Lakers were up by 20. A rookie DeMarcus Cousins had been ejected. And it was the 56 win Lakers against a 24 win team.

Sean and I were in charge of putting the playoff books together. The materials were mostly finished — what remained was placing it all into binders. With as much information as we had, and as many books as we were making (for the coaching staff, for the front office, for the players), this was not a trivial task. I knew it would take a while, and I wanted to get a jump on it.

“Sean, I think we can start making the Dallas books now.”

Sean paused and looked up at the TV. “Are you sure?”

“I mean, what are the chances the Kings come back?” I responded confidently. “They’re down by 20 to the Lakers.” (Because we can always trust win expectancy.)

Sean was skeptical. But I pushed, he gave, and we hauled out the boxes of Dallas material. We carefully laid out everything to suit our workflow, the TV still on in the background. We worked mostly wordlessly, and so we could hear the announcers very clearly as a 20 point lead was cut to 10 and the Lakers re-inserted Kobe and Lamar Odom. The Sacramento crowd was raucous. Sean was giving me looks. I tried to tune it out and keep focusing on the work.

With 5 minutes left the lead was 8. And then it was 6. And then it was 4. And then it was 2. I tried not to look, but I could feel Sean’s glare from across the room. The Kings tied it up with a little over two minutes remaining. I couldn’t keep up the pretense that everything was fine any longer, and we both agreed to stop working and watch the end to see if we’d have to undo and then redo all the work we had just done. So we were paying full attention when the Kings took the lead, when Kobe missed two shots in the last minute, when Beno Udrih made clutch free throws and when the Lakers, down three with 10 seconds left, inbounded the ball.

It may have been the only time a made Kobe Bryant shot produced celebration in the Trail Blazers’ offices.

The Lakers pulled away in overtime, clinching the #2 seed and granting me the chance at some sleep that night. I like to think I dreamed of Kobe threes splashing sweetly through the net, blissfully unaware that they’d be replaced in just a few days by nightmares of Dirk fadeaways.

Playoff basketball is markedly different from the regular season, and not just because of the change in quality of teams. As those playoff books illustrate, the level of preparation is at a much higher level. While NBA teams have become very good at creating processes to be more prepared for regular season games, rotating pregame prep amongst various assistant coaches and leveraging larger video and analytics staffs to help provide breakdowns of upcoming opponents, that preparation pales in comparison to what can happen when you have the resources of the whole organization behind your game prep. Combine that with facing the same opponent again and again over a best-of-seven series, at least a day off between each game, and multiple practices wholly focused on the specifics of opponent sets and tendencies, and you end up with a style of play that depends more on the strategic elements of the game. How do the teams match up, both from a personnel and a style standpoint? How prepared are the coaching staffs? How quickly can the players internalize all the information thrown at them and adjust over the course of the series? How flexible is the roster to be able to make those adjustments?

That makes playoff basketball an incredible environment to watch and learn from. What do these teams do well that got them to the postseason in the first place? What seem to be the key points in a given matchup going in, and do they actually hold? How do the teams counter back and forth as the series unfolds? Understanding the playoffs is about understanding basketball at its highest level, and that understanding, in turn, informs how you think about so many other decisions. After all, winning in May and June is what it’s all about. I’m looking forward to writing here about my attempts to find those answers, and I hope you’ll join me.

The playoffs are coming. It’s time to start preparing.