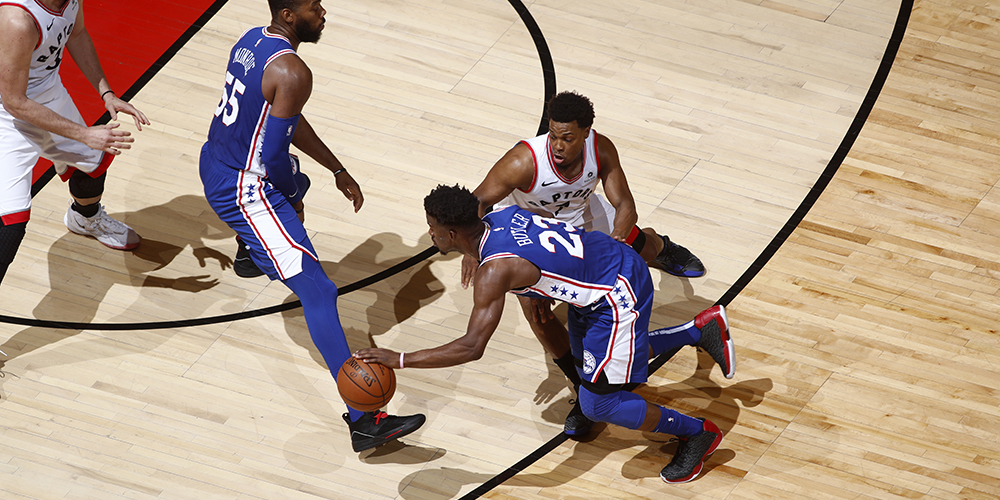 The continuing evolution of the Sixers' Hawk sets lends insight into the Sixers-Raptors series and how tactics change between rounds.
May 1, 2019

When, before the 2017-18 season, the Thunder acquired Carmelo Anthony to put alongside Russell Westbrook and Paul George, one of my biggest questions for the season was how Oklahoma City would scheme to get all three players involved without falling victim to turn-taking isolations and pick-and-rolls. As I wrote throughout that season, it certainly took the Thunder some time. But late in November they installed a set that leveraged the threat of all three of their scorers simultaneously, a set that became their go-to option in crunch time throughout the rest of the year: Hawk.