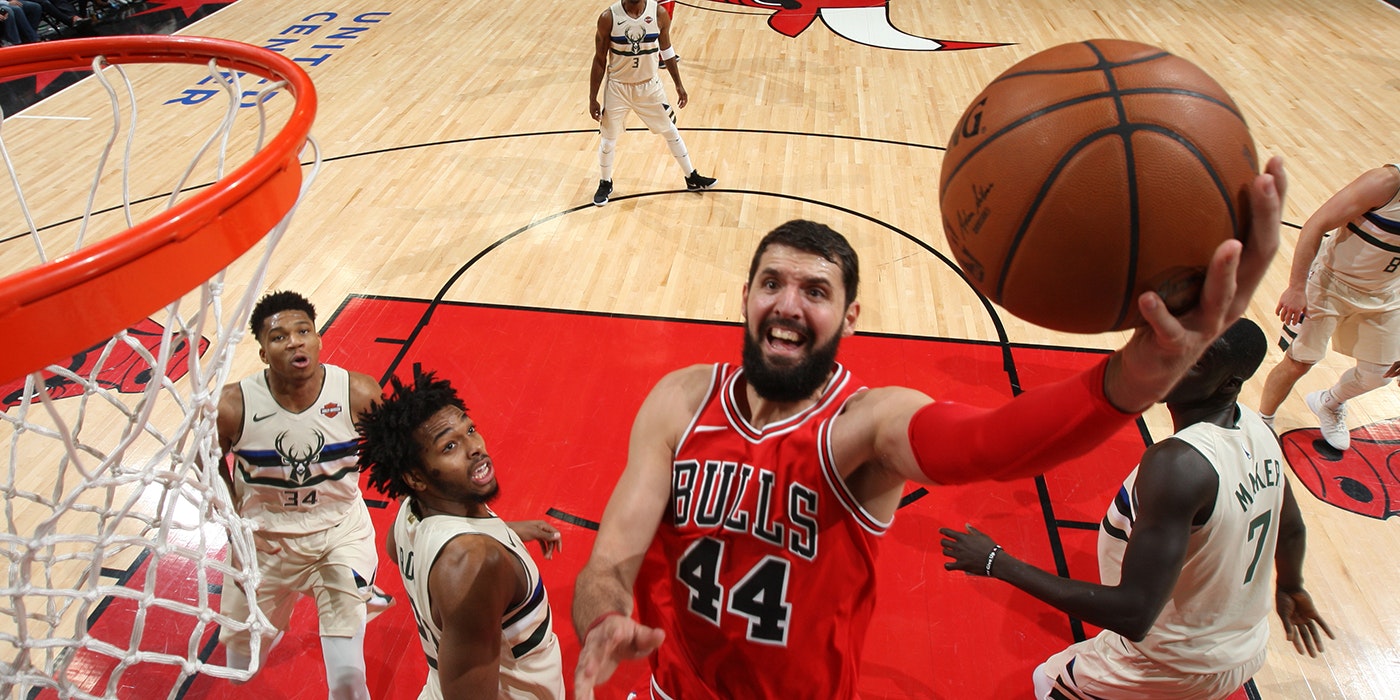 An explanation of the rules that have held up the Nikola Mirotic trade, with a discussion of what this tells us about the Pelicans' offseason plans and how they got to this point.
January 31, 2018

News broke yesterday that the Pelicans and Bulls had agreed to a trade: New Orleans would receive Nikola Mirotic in exchange for Omer Asik and a future first round pick. And then news broke that, well, that wasn’t quite the story.

Adrian Wojnarowski’s reporting of the deal reveals why:

Mirotic signed a two-year deal with the Bulls in August that included a team option that’s subject to the NBA’s one-year Bird provision.

For a trade to be completed, Mirotic would have to approve a deal that didn’t include a guarantee on his 2018-19 salary. Chicago and New Orleans wouldn’t need his permission if they elected to exercise his team option before completing the trade. So far, the Pelicans have resisted committing to that $12.5 million on next season’s payroll, league sources said.

In other words, the deal broke down for reasons related to the arcana of the Collective Bargaining Agreement (CBA). To understand what happened, we need to quickly walk through some of the key points of the CBA.

The NBA’s salary cap is a “soft cap”, meaning there is a cap on team payroll but there are ways for teams to exceed this cap (called “exceptions”). The most important of these exceptions is nicknamed the Bird exception (though the term “Bird” is never used in the actual CBA): a team can go over the cap without limit to re-sign one of their own players if they have his Bird rights. The rule was created to allow teams to keep their iconic stars even in the face of cap trouble (a notion that perhaps seems quaint in today’s culture of star movement) — that’s one theory for how the nickname originated, since in 1983, when the exception was introduced, the Celtics keeping Larry Bird would have been the perfect example of the need for such an exception to the cap.

Originally this Bird exception applied to all free agents. If the player ended the season on a team, that team had the right to exceed the salary cap to re-sign him. But teams found the loophole in this: sign another team’s player for a small contract that can fit under the cap for one season and then, when the season is over, use the Bird rights to re-sign them for much more money.

So the CBA was amended to close the loophole. To have full Bird rights on a player, a team must have had the player on their roster at some point in three consecutive seasons without that player changing teams as a free agent. (There are a lot of details to this rule. I refer you to the excellent and indispensable CBA FAQ by Larry Coon for all of the nitty-gritty.) And if the player is traded in that time, his Bird rights go with him.

Well, usually. There’s one specific case in which that doesn’t happen which is needed to completely close the “one-year contract” loophole: if a player is on a one-year deal and is traded, the Bird rights don’t transfer to the new team. If they did, it would allow for all sorts of sign-and-trade chicanery.

But that puts the player in an unfair position: his earning power could be severely curtailed. If a player’s team doesn’t have his Bird rights, a team can only use what’s called the Non-Bird exception to go over the cap and re-sign him. This allows them to give him at most 120% of his previous salary. If a player on a one-year deal was traded and went from Bird rights to Non-Bird rights it might take away the ability of one of his biggest suitors to pay him market value.

A solution was developed: players in this situation would have the right to veto a deal that would cause them to lose their Bird rights. A team couldn’t forcibly trade them and strip them of those rights.

Got all of that? It’s just a glimpse into the layers upon layers of rules that make up the CBA, and the reasons for their existence.

That gives Mirotic control over the trade. If the option is picked up by the Bulls prior to the trade, Mirotic no longer has the right to veto since he’d be on a two-year deal and retain his Bird rights.

So why don’t the Bulls just pick up the option and make the trade? According to Woj, because the Pelicans don’t want to make the deal if Mirotic is signed for next season. And *that’s* the fact that interests me the most here.

The Pelicans and The Cap