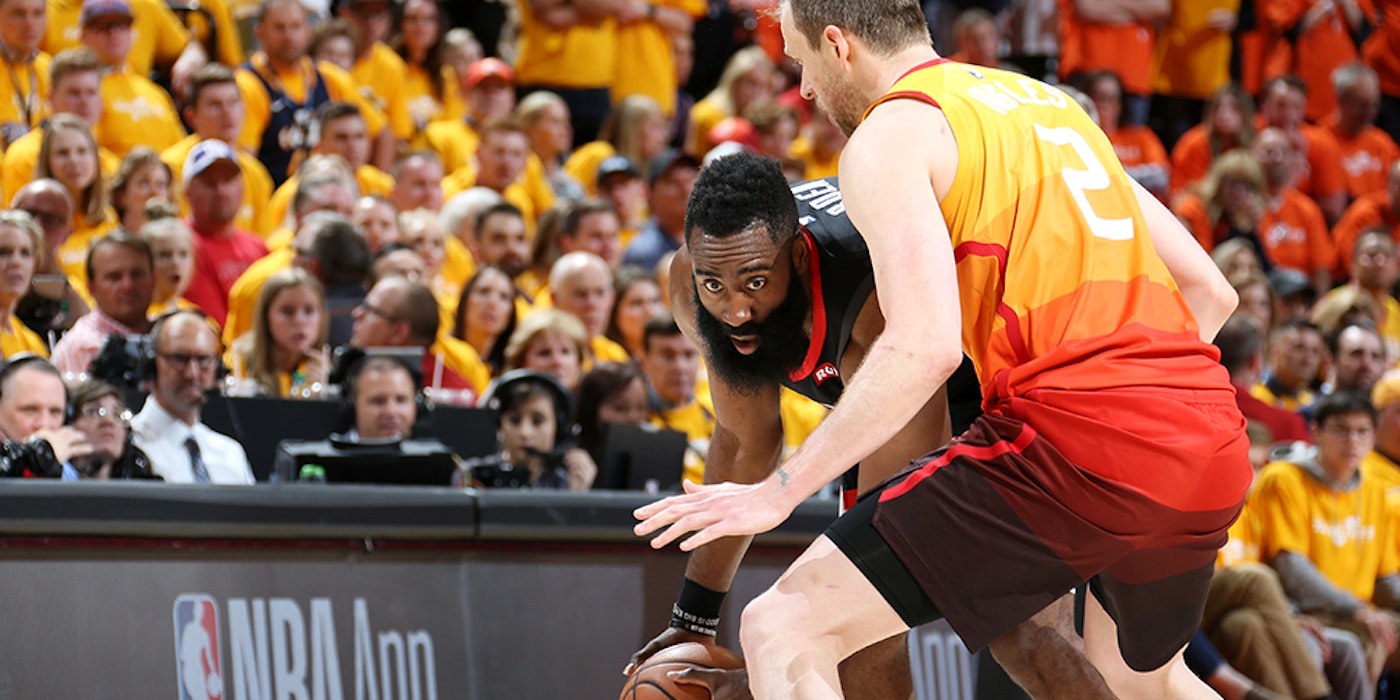 How to Stop James Harden

The Jazz resorted to an extreme style of defense in an attempt to stop James Harden—and it hasn’t exactly gone as planned. What has worked, what hasn’t, and is there even an answer to this question?
April 24, 2019

In Terry Stotts’ second season with the Blazers, we made the playoffs. The prior year had seen a young team compete for much of the season until fading toward the end. This year, though, we had jumped out to a fantastic start en route to 54 wins and a first round matchup with the Houston Rockets. On the day after the regular season had ended, as we began our playoff prep, he gathered the team before practice. There were a few things he wanted a team that was somewhat light on playoff experience to understand about the playoffs, coming from someone who had seen his share of playoff series.

Whether it was when he was an assistant coach with the ‘90s Sonics or the championship-winning Dallas Mavericks, one thing was true about the playoffs, Stotts said. “The margins are so, so thin.” One or two possessions can change a series from a close contest to a blowout.

That’s certainly been the case in this year’s Utah-Houston tilt. If the ball bounces a slightly different way on a shot or two in Game 3, Utah could be headed back to Houston with the series all knotted up. Instead, the Rockets went up 3-0, and I wouldn’t put my money on the Jazz being the first team in NBA history to climb all the way back from that deficit.