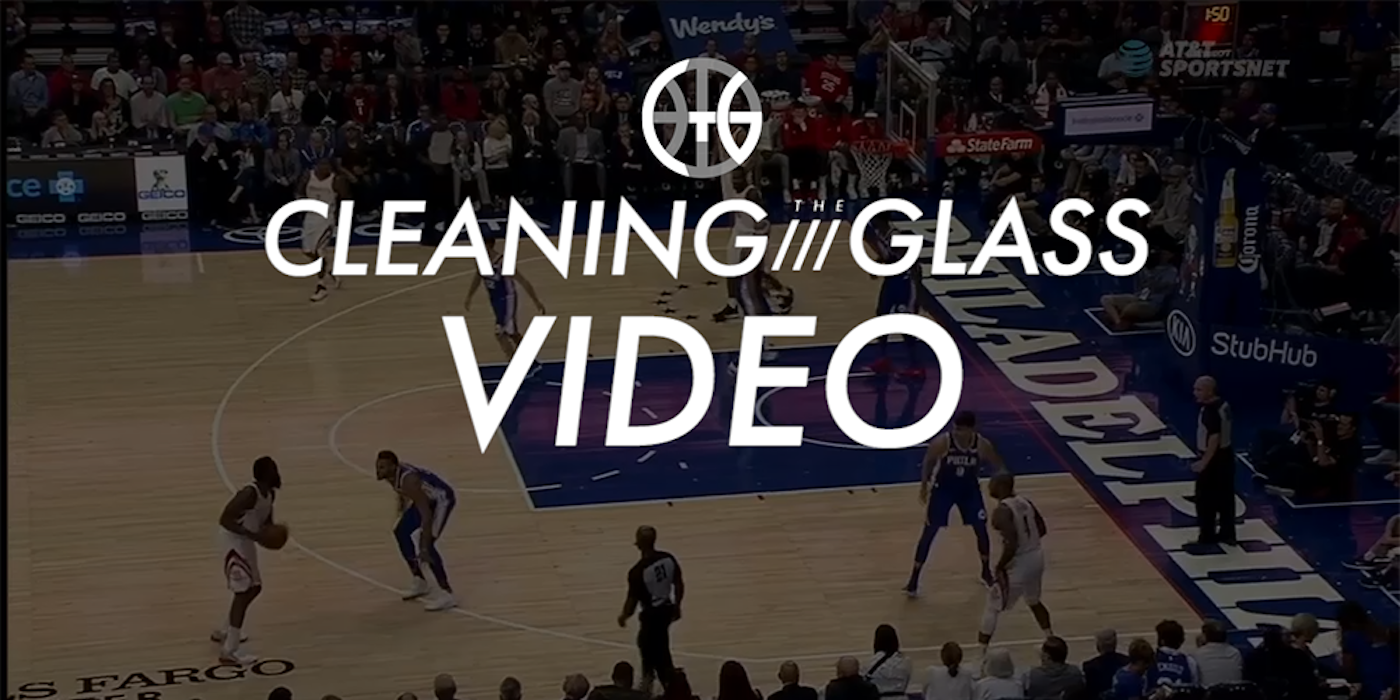 Friday Film: Snake, Wedge, Getting Back

Watch a master demonstrate snaking the pick-and-roll, a clever variation of a common set, and an overeager rookie.
November 3, 2017

Last week we discussed “weaking” the pick-and-roll, where the defender forces the ball handler to his weak hand. “Weaking” is a cousin of another directional force that actually became popular earlier in the NBA’s pick-and-roll arms race: keeping the ball on the side against a side pick-and-roll. (This was used as early as 1992, when Bob Kloppenburg implemented it as an assistant with the Seattle SuperSonics.) You may have heard of this by any of its many names: “ice”, “push”, “down”, or “blue”. It involves the defense trying to corral the ball along the sideline, so that the edge of the court acts as an extra defender and the weak side defenders can shift towards the ball, overloading to shrink the court.

Snaking the pick-and-roll involves changing direction immediately after going around the screen, coming back across the screen in a snake-like S pattern. It both gets the ball handler back to where he wants to go, mitigating the effect of the force, and requires the defender to chase more, keeping the defense off balance for longer.

James Harden’s ability to properly use timing, spacing, and rhythm is a large part of why he is a pick-and-roll master. So it’s no surprise that he is an adept practitioner of the snake back:

It seems easy when you watch him, but there’s a lot of subtlety to this success. Harden snakes, yes, but it’s how he snakes that makes the play. He tightropes along the foul line, at just the right speed and in just the right spot that the defense is kept off balance. In this situation, normally the defenders have to decide whether to late switch — does Harden’s man stay in pursuit or switch onto the roller to try to take away that pass? Some of that is talked out with the players in the moment, and some of it dictated by various rules teams have established ahead of time, rules like whether the player is going straight to the rim or whether the player is in the paint.

Harden’s style of snake back, slow and right along the edge of the paint, challenges both of these potential rules. This is part of his greatness. Like an edgy comedian, he eases you into awkwardness and then lets you sit with it for far longer than you thought was possible. He neither pulls back too soon nor pushes too fast. He just dances in the in-between, waiting until the defense exposes the hole in its armor and them BAM — he plunges in the knife.

A few more thoughts on this play…