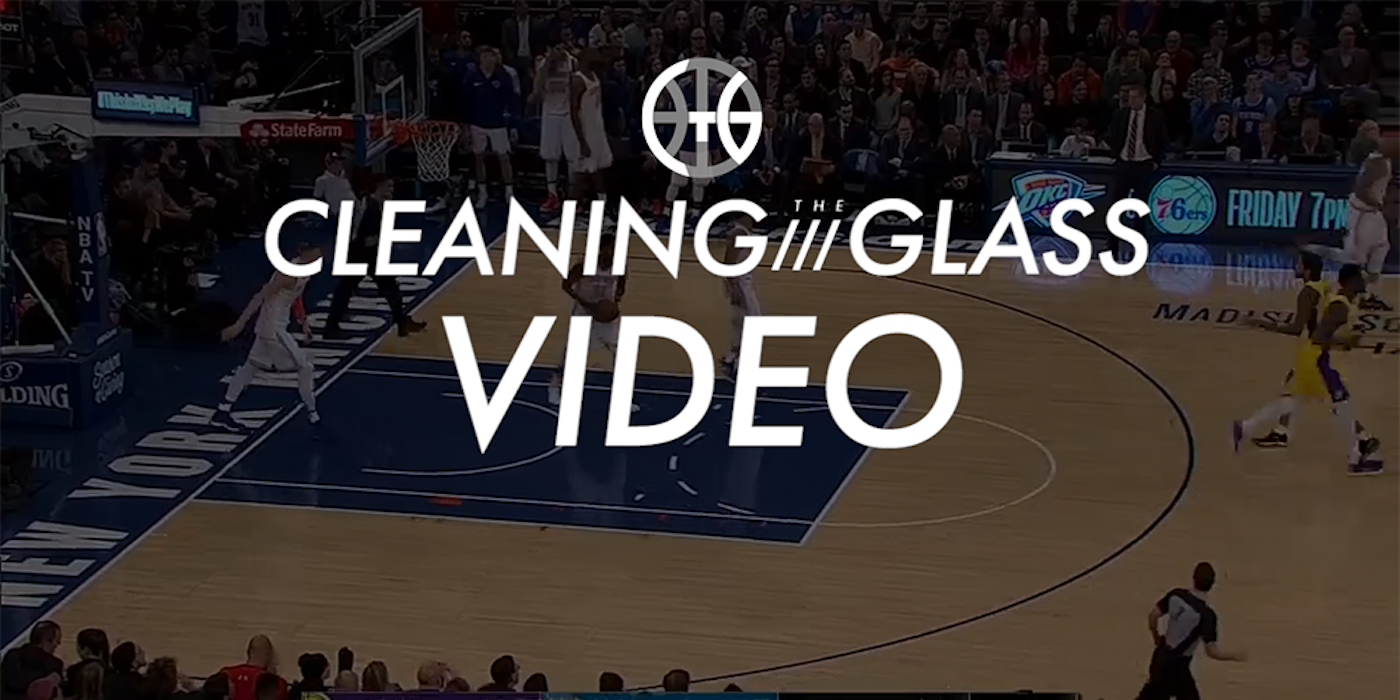 Watch Doug McDermott's backcuts, a set designed to get an empty side pick-and-roll, and some jump ball craftiness.
December 15, 2017

Doug McDermott is one of the most decorated college basketball players in recent history. He was the first player in 29 years to be named to the AP All-America first team three times, he set the NCAA record for most games with double figure points, and he finished his career at Creighton with the 5th most points ever scored in the NCAA. McDermott was known for his shooting — and rightly so, as he made 46% of his almost 600 career three point attempts — but a one-dimensional shooter doesn’t put up those scoring numbers. In fact, about 75% of McDermott’s NCAA points came from inside the arc or the free throw line.

Watch how many of his baskets came around the rim in this 45 point outing from his senior season:

McDermott, of course, has not been that player on the NBA level. At Creighton he played in an offense designed completely around him, but in the NBA, the artist formerly known as Dougie McBuckets has mostly played off of others instead of creating offense himself.

This year, though, McDermott is having the best season of his career, in large part because he’s utilizing some of the skills he honed at Creighton: namely, an uncanny aptitude for playing off the ball. While McDermott might not be able to manufacture clean looks at the rim against the best athletes in the world off the dribble, when he’s moving without the ball he excels at reading the defense and reacting to what they allow. As Lonzo Ball was the latest to find out.

The Knicks have taken advantage of this ability in ways McDermott’s other teams have mostly not, both due to coaching and personnel. They have a few sets that put McDermott in off-ball screening action with the paint clear, giving him the opportunity to make a play like this and immediately capitalize.

As a result, McDermott has taken 37% of his shots around the rim so far this season and has converted 67% of them, both high rates for a wing player. That rate of shots at the rim is more than double the 15% of his looks that came at the rim in his 22 games in Oklahoma City last year, and a fair amount above what he was getting in Chicago. That’s part of the reason his points per shot attempt ranks on the 85th percentile for wing players, the highest mark of his career.

If opponents don’t want to end up like Ball, Lance Stephenson, Justin Jackson, Derrick Jones, Arron Afflalo, and DeAndre Bembry, they can’t open the door even a crack — because McDermott will find the gap.