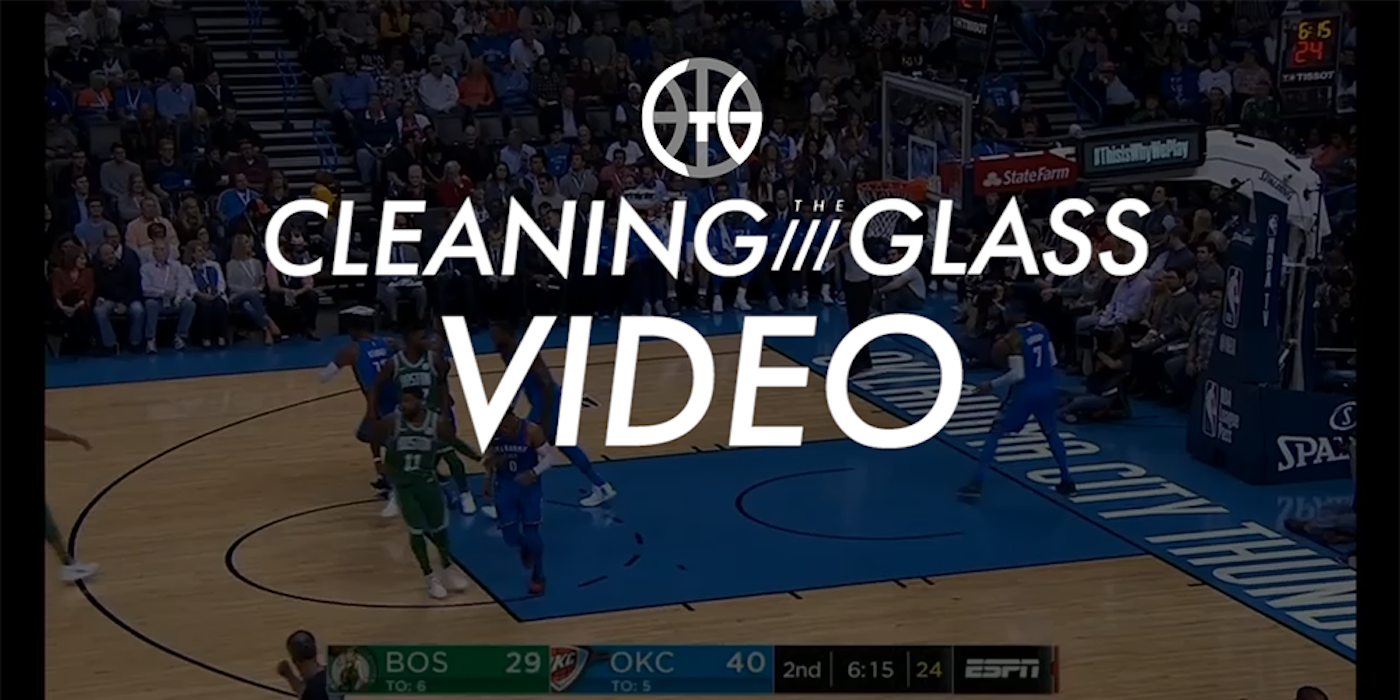 In the recent Boston/Oklahoma City matchup, the Thunder ran this simple but clever counter to Boston’s pick-and-roll after a timeout:

As noted, Kyrie doesn’t end up shifting towards the nail as much as anticipated. Possibly because the pass is a little early, possibly because he’s not concerned with Felton or Patterson as real threats, or possibly because he just is too worried about Westbrook. This might hint that with slightly different personnel, this could be even more dangerous. Imagine the ball handler as Paul George and the screener as Adams — now the defense is on high alert, needing to be much more intent on stopping the ball and taking away the roll, and perhaps opening this up for Westbrook even more.