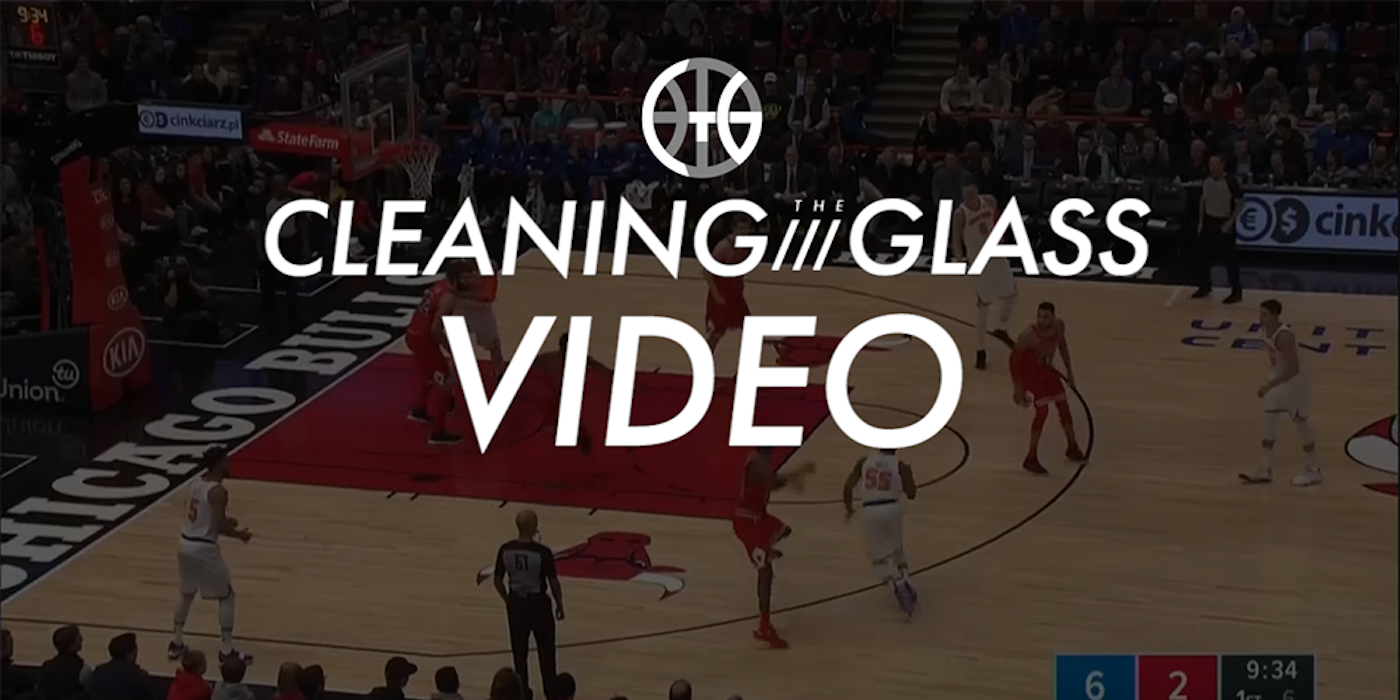 Watch Robin Lopez show that rebounding isn't all about rebounds, the importance of referee positioning, and John Wall attack the switch.
December 29, 2017

Robin Lopez grabs very few defensive rebounds. In fact, this season, no big man has collected a smaller share of opponent missed field goals than Lopez. And that’s nothing new. He has never once ranked above the 25th percentile in defensive rebounding rate for big men, and five times has ranked on the 10th percentile or below.

But Lopez is one of the league’s best defensive rebounders, in the very literal sense: while he may not get the rebound himself, he is fantastic at defending the glass. He takes the approach that the goal is not for the individual to get the rebound, but for the team. The Bulls are the league’s best defensive rebounding team, and they are much better on the defensive glass with Lopez on the court than when he sits — something which has been true in every season but one of Lopez’s career.

This, by the way, is a great example of where stats can do something that is almost impossible to do through watching. Does a big man who gets very few rebounds but boxes out all of the time actually help his team on the glass? If so, how much? Imagine trying to answer those questions without counting what happens. It would be impossible. But when we measure it, it turns out the answer is a resounding yes.

Robin’s brother, Brook, also plays this way. And, believe it or not, there’s another set of twin brothers who went to Stanford, played center in the NBA for multiple seasons, and also rated as incredibly effective defensive rebounders despite grabbing very few rebounds themselves. Jason and Jarron Collins were the original princes of the box out, paupers of the box score. They each had long NBA careers despite posting some of the worst box score numbers in the league.

So what happens when the unstoppable force meets the immovable object? Only 8 times this year (out of 32 games played) has Kanter vacuumed in fewer than 6% of his team’s missed field goals. 2 of those 8 games have come against the Bulls and Lopez.

Watch Lopez use a variety of tactics (and get lucky a few times) to keep Kanter off the glass, and ask yourself: who deserves credit, and how much, for the Bulls getting the defensive rebound in each of these cases? And what does that say about how we count rebounding stats?

While Lopez is alert to his help defense responsibilities, he’s also aware that the cure can be worse than the disease if he leaves Kanter’s body and lets him get an easy putback. So he constantly stays attached, almost always with at least a hand on Kanter. If Lopez isn’t next to Kanteer, the first thing he does when a shot goes up is to look for him and go to his body. He leans, shoves, grabs, and hooks. One of Kanter’s primary tricks is to get low, inside position and then suddenly back into his man and carve out the space he needs. But Lopez doesn’t let Kanter get behind him, and is strong enough to stay rooted to the spot when Kanter tries to move him.

Note how disinterested Lopez is in actually securing the board himself. He’ll pick it up if it comes right to him, but he doesn’t mind if his teammates get the glory. He knows his job is just making sure his man doesn’t.