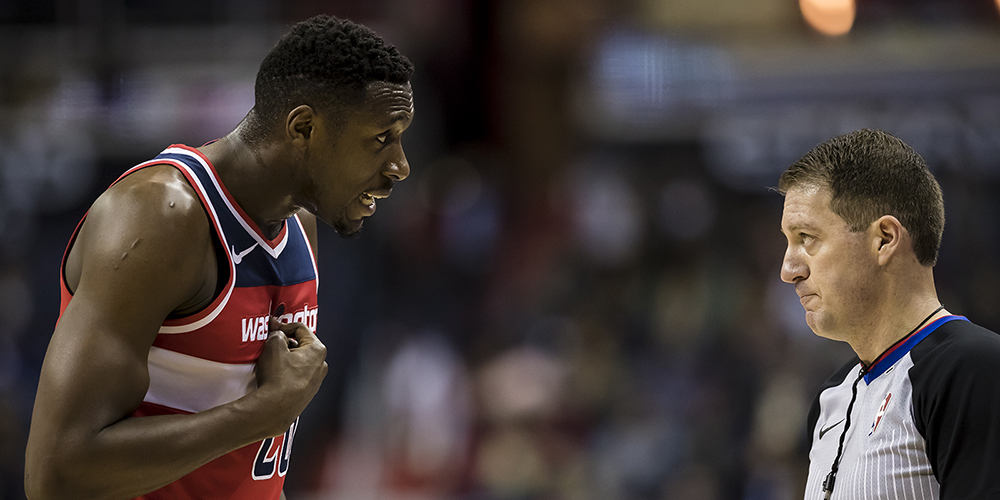 End the Foul Out

This past week at Sloan I was on a panel called “NBA 2.0: Rules to Re-configure the Game and Build a Better Product on the Court”. I was on stage, along with Mike Zarren (Assistant GM of the Celtics), Evan Wasch (Senior VP of Basketball Strategy & Analytics), Rafael Stone (General Counsel for the Houston Rockets) and moderator Kevin Arnovitz to discuss how the rules of the NBA might be tweaked to improve the game. We touched on topics such as changing the playoff seeding, foul shots, the three point line, and (of course) the draft lottery.

The main issue I talked about, since there was a natural segue in the conversation, was intentional fouling. It’s a weird thing about fouls that we don’t acknowledge enough: defenses use them strategically. As Kevin Pelton has mentioned frequently, a foul is, by definition, supposed to penalize the defense for doing something outside the rules. If the defense is doing it on purpose, that means they’ve found a place where it is to their advantage, and that’s a place the rule needs to be changed.

In addition, purposeful fouls can hurt the product. They slow the game down and result in more of what Evan Wasch noted is consistently rated as one of the most boring parts of the basketball viewing experience: free throws.

The three main times this occurs are: (1) fouls of bad free throw shooters, (2) take fouls to stop transition play, and (3) fouls at the end of the game to get the ball back. These are not so hard to solve with some creative rules — for example, as has been suggested elsewhere, simply giving teams a choice of free throws or inbounding the ball on non-shooting fouls in the bonus would stop intentional fouling of bad free throw shooters. It’s more a matter of whether the league as a whole wants to solve them.

For example, intentional fouls at the end of games make the game take longer, turn it into a giant game of tag, and put refs in difficult positions to judge whether a team was trying to foul or not. But, as others noted when we discussed this backstage, that’s a tradeoff that perhaps fans are OK with: a higher chance of a comeback and therefore more tension near the end of the game in exchange for all of those problems.

But that wasn’t the main point I wanted to discuss. When I first got the topic, my mind immediately turned to one of my pet peeves: the foul out. Unfortunately, there was so much to talk about on the panel that I wasn’t able to make my point — so I’ll make it here. I strongly believe we should end the foul out.