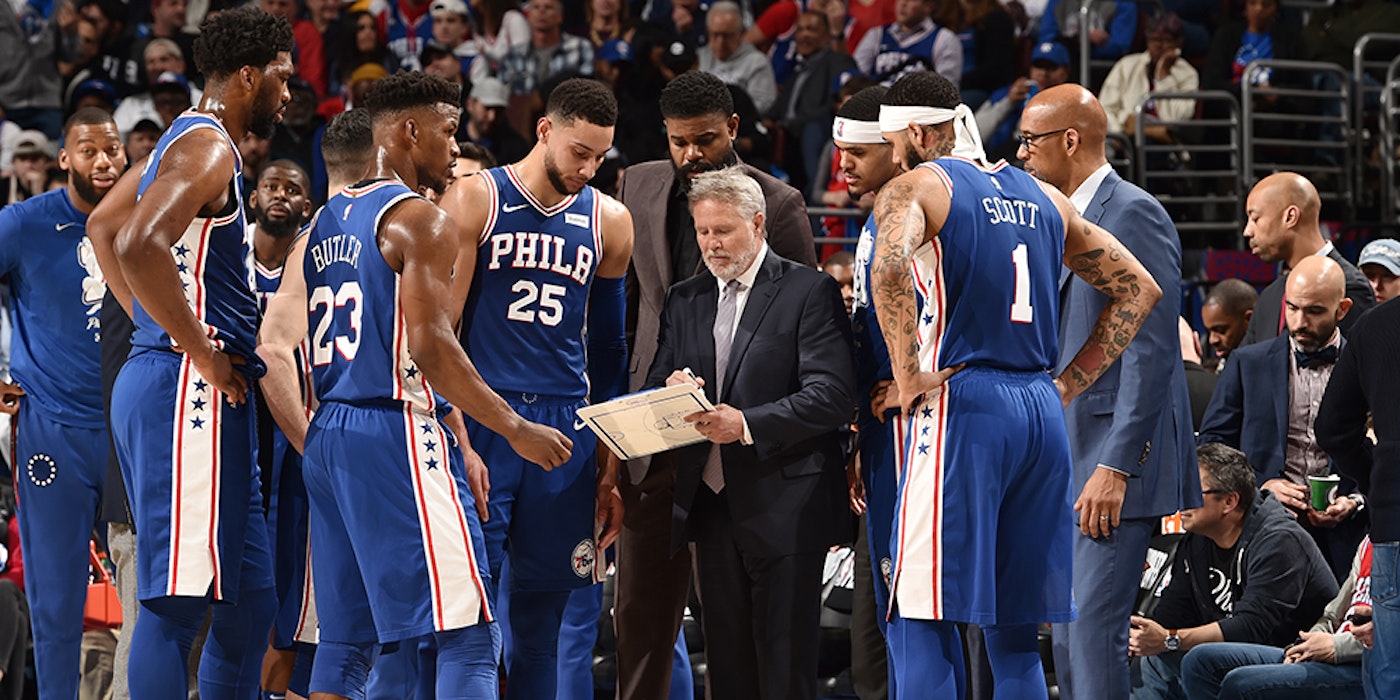 Xs and Os battles are what make the playoffs special. A survey of some of the tactical skirmishes that have taken place so far.
April 18, 2019

During the regular season, game prep consumes a lot of the resources of basketball operations. Advance scouts send in play calls of upcoming opponents. Video coordinators mark up recent games, including these play calls, so that the assistant coach who is tasked with preparing for that specific team has all the film they need. The assistant coach assembles all of the information they receive—film, stats, their own thoughts—into a set of recommendations to the whole coaching staff, recommendations which are discussed and debated and ultimately decided on by the head coach. The coaches then work out how to communicate this information to the players—via practice, walkthroughs, film, game notes, and more—so that the players can be as prepared as possible for that game.

But there are limits to what can be accomplished in a regular season where the games are so frequent and the travel so disorienting that coaches and players often lose track of the day of the week. Everyone does the best they can to prepare for opponents, but there’s only so much that can be done.

In the playoffs, though, this preparation is taken to the extreme. The two or three days off between the end of the regular season and the start of the playoffs are all-consuming, as the basketball operations staff rushes to assemble the stats and film in time for coaches to really break things down and go over the details with players multiple times. And the players are much more locked in, with only one opponent to focus on and the stakes as high as they could be.