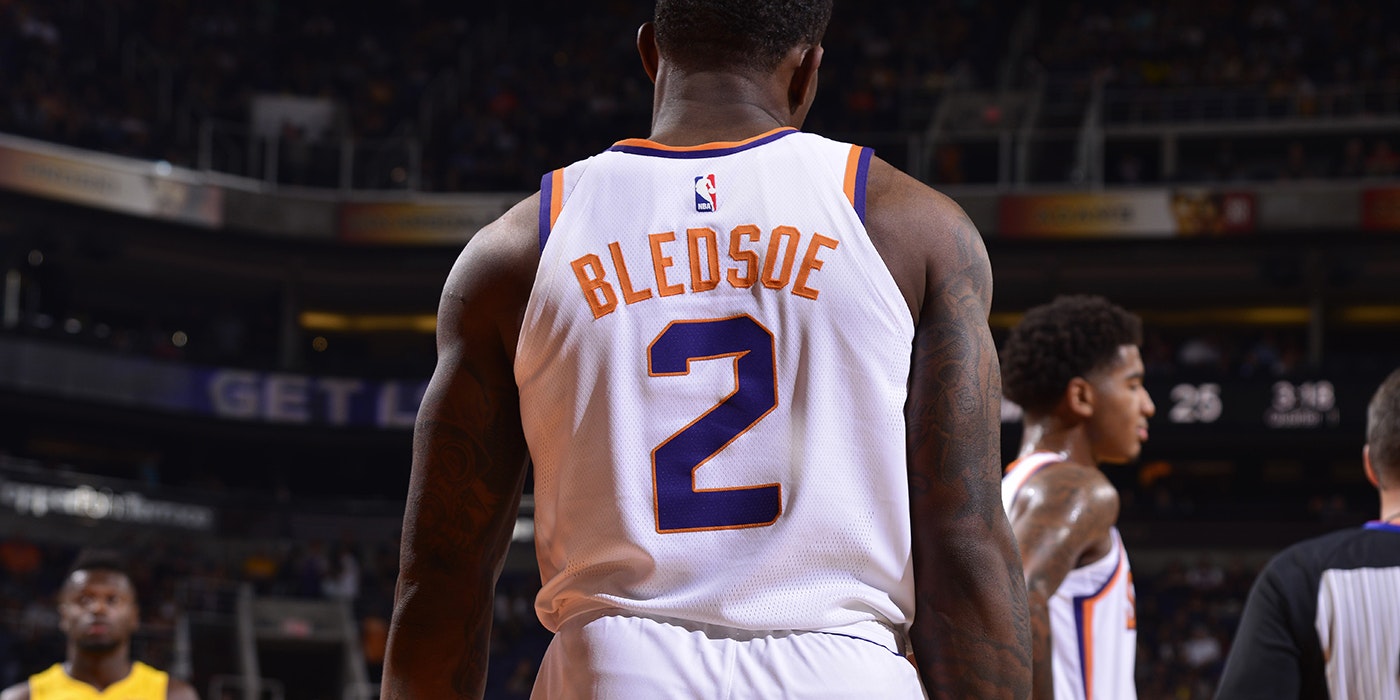 Breaking Down the Bledsoe Deal

A deep-dive on the Eric Bledsoe trade: the strategic factors in play for both front offices, and an examination of Bledsoe's value as a player and fit in Milwaukee.
November 9, 2017

You’re on the way to an event in the city, driving in an area where parking is always a challenge. You’re 10 blocks away and see a spot open: do you take it, or gamble that you’ll find a closer spot? Pull in too early and you’ve sentenced yourself to walk the extra distance. But pass on too many opportunities and, to make it in time for the start, you’ll be forced to fork over a king’s ransom for a space in a garage.

We face these kinds of challenges all of the time in our daily lives, in big ways and small. Parking, hiring, dating — they’re a class of problem known by mathematicians as “optimal stopping”. You have a decision to make about an opportunity, without a good sense of what the future possibilities will be and with no way to reverse the decision once you’ve made it. Stop now and take what’s in front of you? Or press your luck and keep going?

NBA trades are optimal stopping problems. Player value is constantly changing as their performance improves or declines, as they navigate injury challenges, as their contract ticks toward expiration. Front offices have to decide at any moment: engage with interested teams, or hold onto the player and bet that their value (whether to their current team or another) will continue to increase?

The Suns hit the end of the road. From the outside, we can’t know what past offers they might have had, but it does seem clear they stopped too late. As soon as Eric Bledsoe publicly asked out of the hair salon and the Suns declared that he would no longer be part of the team, any trade leverage Phoenix had took a massive hit. They had been looking for a spot for a half hour, they’d miss their event in a minute. And now it was as if the parking garage knew it, and doubled the rates.

The Suns attempted to regain some of that leverage by saying they weren’t in a rush to deal Bledsoe. But those teams knew Phoenix could only hold out for so long. In situations like this, pressure from ownership and the agent to make a deal sooner rather than later builds quickly. A front office in Phoenix’s position doesn’t have the time to wait for a big injury or multiple desperate teams in need of Bledsoe’s talents. (It’s possible that the situation could have been handled differently to give them more room to deal. But without knowing all of the internal dynamics, it’s hard to speculate about that.) They have to take the best offer they have on the table.

Teams don’t make many deals with players of this caliber. The success of those trades means a lot to the future of the franchise, but, at the moment of the deal, it often depends more on factors outside of the team’s control. Negotiation matters. The choice of players and draft picks targeted in return matters. But the past decisions that led to the present situation matter more.

Given this reality, Phoenix didn’t do poorly. They found a team with a positional need, expectations to win now, and a touch of desperation brought on by not meeting those expectations. They got back a first round pick with relatively limited downside and a small shot at real upside; Greg Monroe, a player with an expiring contract who might be valued by another team at the trade deadline; and the chance at a late second. It’s likely not good value for Bledsoe in a normal situation. But this situation was no longer normal.

The first round pick is the main piece of value in the trade. To really understand that value, though, you have to dive into the protections, which are relatively complex. Phoenix receives the pick this year if it ends up 11 to 16. If it doesn’t, they’ll get it in 2019 if it ends up 4 to 16. If they still don’t get it by then, they’ll get it in 2020 if it is 8 to 30. And if the pick still hasn’t conveyed, it is unprotected in the 2021 draft. (All as reported by ESPN.)

This protection is much better for Phoenix than if the pick was, say, lottery protected for three years and then unprotected, or something similar to that. To understand why, you have to make a distinction between the *expected* outcome and the *possible* outcomes.

Failing to make this distinction is a common mistake in evaluating draft pick value. You might look at this pick and say: OK, the most likely scenario is that Milwaukee makes the playoffs each of the next three years, which, based on the protections, pegs it as the 15th or 16th pick in 2018 or 2019, or worse than that in 2020. Doesn’t seem too great.

But there are many other possibilities, most of which contain some upside for Phoenix. A bad injury to Giannis next year, for example, might sink the Bucks to the point that this pick ends up a high lottery selection for the Suns. Drastic underperformance in 2019-20 could mean a decent pick in 2020 or a chance at an unprotected pick in 2021, maybe even with Giannis demanding a trade. These possibilities are not likely — but they’re also not zero.

Of course there’s also the chance that Milwaukee drastically exceeds expectations. But the protections on this pick insulate Phoenix from that scenario in the first two seasons. The Bucks catch fire with Bledsoe? The Suns don’t end up with the 22nd pick, they roll it over the next year and see if Milwaukee can repeat. It’s only in 2020 where a very successful Bucks team can leave the Suns without much to show for dealing Bledsoe. So while it’s not a great first-round pick, it’s also not a bad one.

The Suns’ side of the trade, though, is not nearly as interesting as Milwaukee’s, which forces us to ask some fundamental questions before we can properly evaluate the deal.