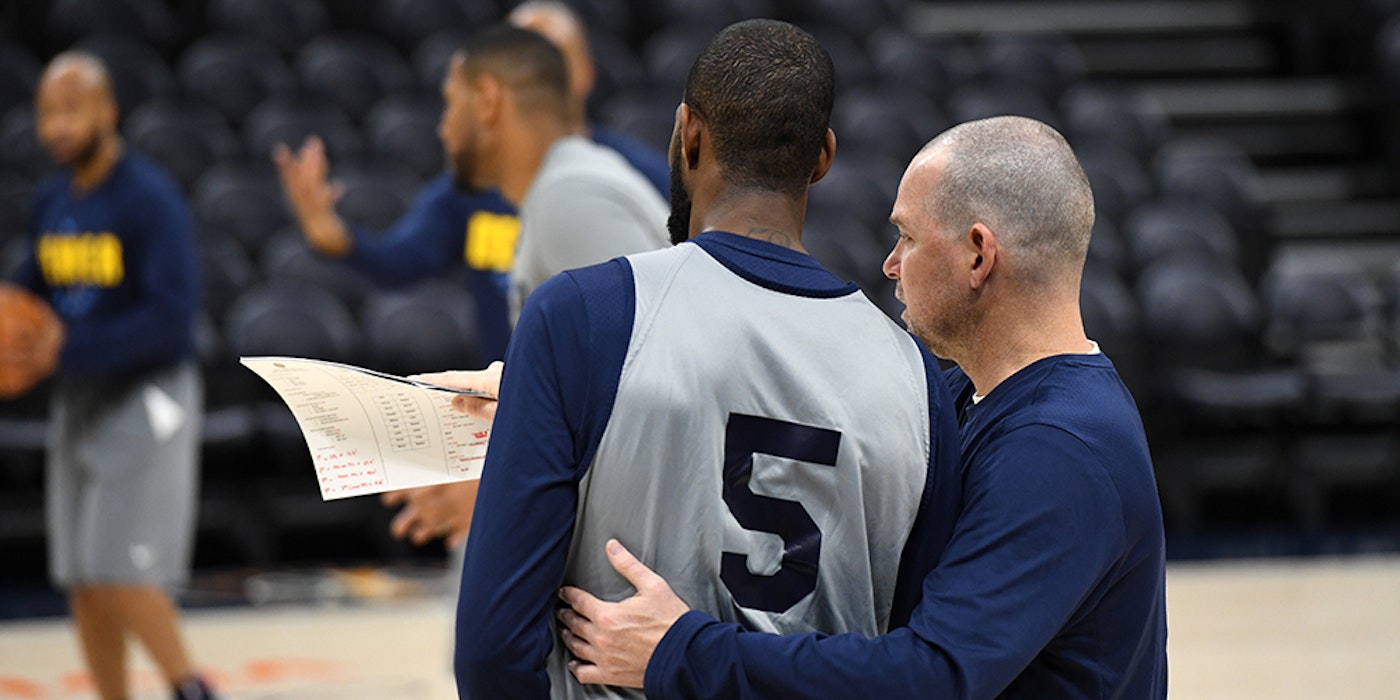 Ask Ben is a regular feature where I’ll answer questions from subscribers. Have a question for me? Ask it in Cleaning the Glass Discussion and I’ll either answer there or make it part of a larger article like this one.

In thinking about your piece on the evolution of big men in today’s game, and specifically the Pellies combination of Davis and Cousins, what does the day-to-day preparation for an opponent during the regular season consist of, for coaches, players, etc.? Do teams have the time (or desire) to prepare for individual opponent tendencies, or do most teams stay in their “base” package throughout the regular season?

You’ve written about playoff preparation previously, and I guess I just have the same questions about regular season preparation, to the extent it is specialized for different opponents at all. Is it possible that because the Pellies will play a different style than most teams that they will catch some teams unprepared, and thus may win some games simply because teams won’t be as accustomed to defending the dual big system? Or are NBA teams sophisticated enough to toggle between various defenses?

The basic answer is that a fair amount of work goes into game planning for upcoming opponents. Teams have advance scouts who attend games of upcoming opponents to capture what the names and hand signals are for each of their sets and note down important elements of the team’s style of play. The coaches get that information a few days before the game, and then the assistant coaches who are tasked with prepping for that game digest that information, do their own film scouting work, incorporate thoughts from the analytics staff, and develop recommendations for how the tactics should shift for that game. The coaching staff will meet ahead of practice or shootaround to finalize their decisions, and then will often design film work, drills, and the message to the team around these adjustments.

But going one level deeper, this is a fascinating question because it cuts to the heart of the strategy of coaching, and different coaches have different philosophies on the subject.