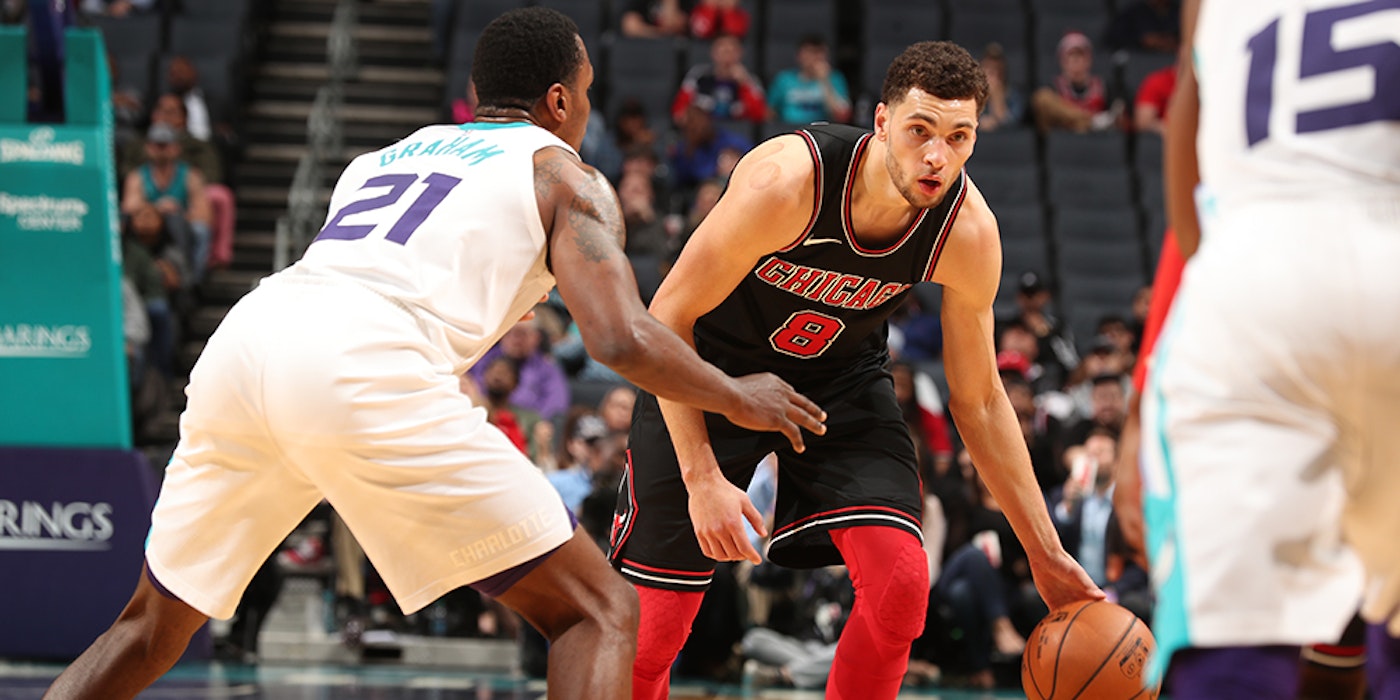 Zach LaVine has the athleticism and the shooting stroke, but lacks important fundamentals. Contributor Steve Jones Jr. shows us where he'll have to improve to live up to his new contract.
July 13, 2018

When high draft picks struggle initially and become free agents for the first time, some folks around the league refer to this as their “second draft.” The hope is that a new team can unlock the potential that once made them top picks. Over these last few weeks, we have examined players who fall into that category.

In January of 2016 Sam Mitchell, then the coach of the Timberwolves, gave an interview to MinnPost about the challenges of coaching his young team. He spent a significant amount of time talking about Zach LaVine, the team’s second-year guard who was still having trouble learning fundamental NBA concepts. (It’s worth clicking through and reading that whole interview. It’s the rare case of an NBA coach opening up about many of his private thoughts and challenges to a public audience.)