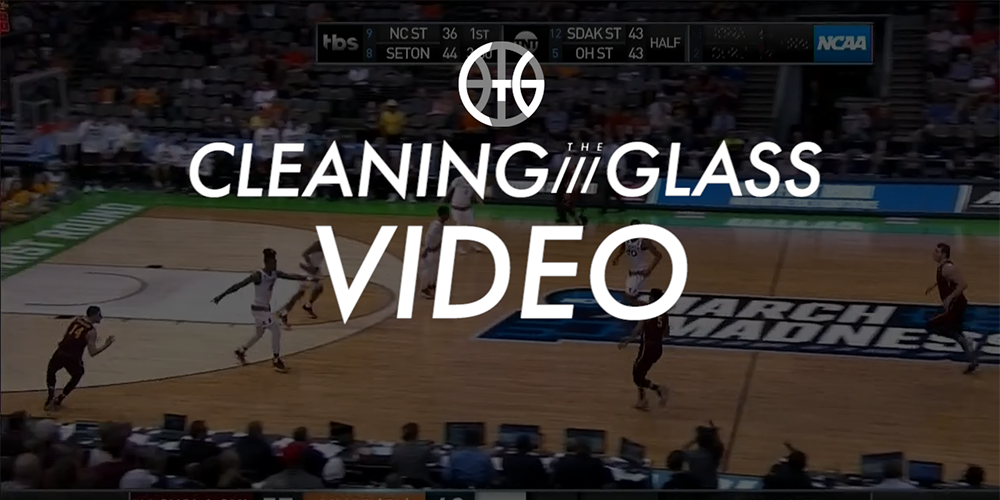 Friday Film is now Feature Film. Watch college coaches implement the Xs and Os of the pros, with some thoughts on how basketball lessons translate across levels.
April 5, 2018

A quick technical note: Friday Film was originally started as a regular feature with some quick clips, but quickly morphed into one my favorite pieces to write, and one that has consistently received excited feedback from subscribers.

For a variety of reasons, Friday is probably not the right time for a feature like that. So I’m changing the name to Feature Film (because I of course have to keep the alliteration) and maintaining the once-a-week schedule, but not guaranteeing it comes out on any specific day.

As usual, Feature Film (née Friday Film) is a regular article where I highlight a few interesting pieces of film from recent games.

When I left the Sixers in 2016, the first thing I did was volunteer to coach high school basketball. I had always wanted to coach, but for a few different reasons the NBA coaching track wasn’t right for me to pursue. Coaching at the high school level, though, was a great fit.

But it was a little bit of a shock at first. I had been working in the NBA since I started college — I had never had the opportunity to be exposed to the game at lower levels like this. So while I brought all of my NBA experience and knowledge to the job, I quickly learned that the game at this level was quite different. Perhaps that should have been obvious — our tallest player was 6-1, and we only had one or two players who were particularly skilled shooters — but it was still jarring. I had a number of theories about the game that had been formed from my deep studies of NBA basketball that all had to be adjusted on the fly. Offensive rebounding and turnovers were no longer just something that mattered on the margins — they were most of the game. Playing solid and limiting double teams and traps seemed to be a characteristic of the best defensive teams in the NBA — in high school, however, applying and countering pressure was paramount.

Basketball is a similar game at its various levels of play — but it is not the *same* game. The differences in the athletes’ experience, size, athleticism, and skill change the strategic tradeoffs. Some lessons derived from the NBA can be applied to Europe, college, and high school. But some are a function of having the best players in the world, and therefore can’t tell us much about how to play if we don’t have those players.